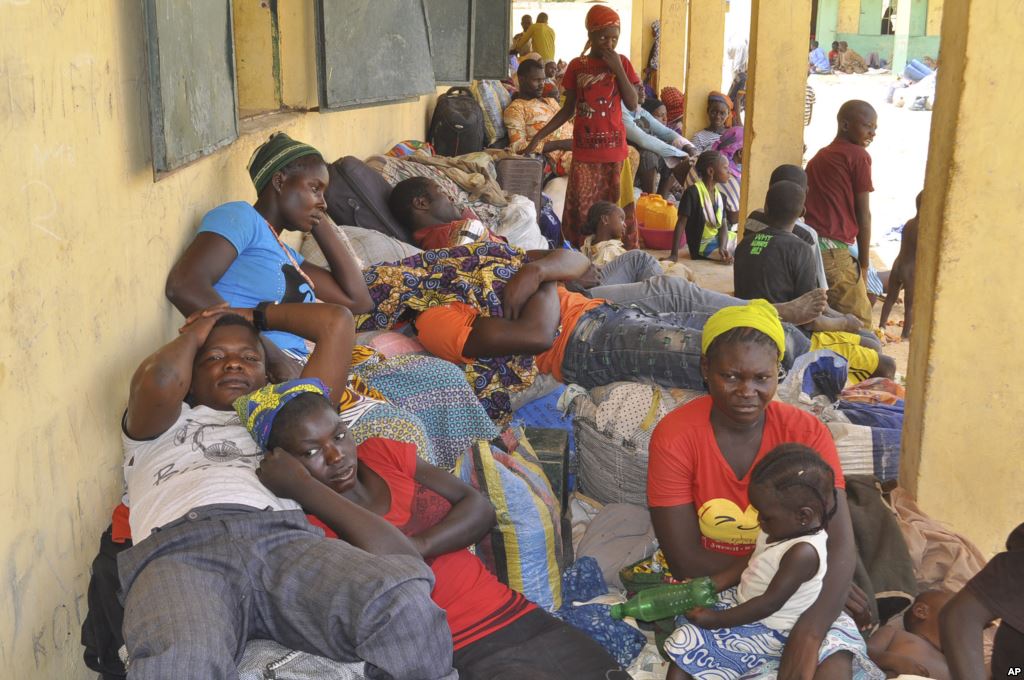 At 119 Togolese asylum seekers who fled Benin Republic to Nigeria in July have been deported to their home country.

According to one of the deportees, Sogbo Maonou,  Nigerian soldiers loaded them onto buses in Lagos on Saturday and drove them to Togo through Benin Republic.

Secretary to the State Government Mr. Tunji Bello said the government could no longer continue to accommodate the illegal immigrants due to the enormous pressure put on the ERCs at Igando and Agbowa facilities.

Bello explained after the Togolese nationals were sighted at Awolowo Road, Ikoyi “Immediately Governor Akinwunmi Ambode was informed of their illegal presence, he promptly directed that the relevant state agency should take up responsibility of accommodating them, initially at the Emergency Relief Camp (ERC) in Igando and later at its camp in Agbowa, Ikorodu,” .

As at today, the number of Togolese illegal immigrants has increased from 114 to 199, putting serious pressure on the limited spaces at the two camps.” – he said.

He pointed out that the Togolese immigrants were expelled from Benin Republic where they had lived for over 10 years.

“They came to Nigeria, Lagos to be precise, and because of the accommodation provided by the state government at its ERCs, those illegal immigrants at the Igando camp started calling others on telephone in Benin Republic to come to Nigeria, telling them that they now have a new home. As at the Weekend, another 85 illegal immigrants of same Togolese descent were taken to ERC, Agbowa.

“The state has discovered that many of them smuggle their ways through the Nigeria borders,” he said.