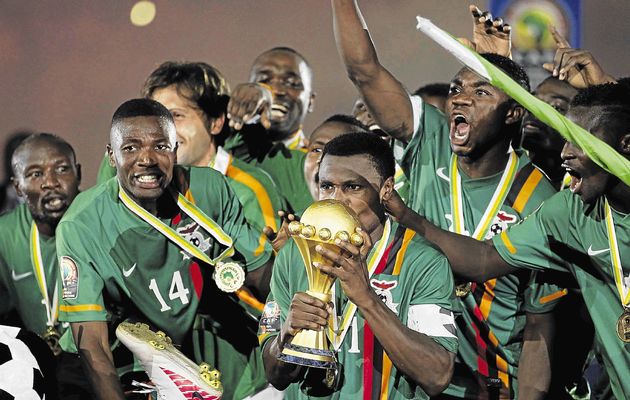 Nigeria’s failure to participate at the just concluded 2012 Africa Cup Of Nations, AFCON, held in Gabon and Equatorial Guinea, has taken its toll on the country. naijagists.com

Nigeria, who were ranked 45 dropped 11 spots to 56 in the latest FIFA ranking, while Zambia, the new African champions overtook Nigeria from their previous 71st position to 43 in the February world ranking released early today in Zurich, Switzerland.

It is the first time since February 2001 that the Zambian team, coached by Herve Renard, have made it into the top 50.

Cote d’Ivoire however remains Africa’s top team, as she rose three places to 15th, while second-placed Ghana climbed 3 spots to 23rd in the world ranking.

Spain stayed top of the pile with Germany rising one place to second at the expense of Holland.

Portugal, Italy and Denmark climbed one spot each to sixth, eighth and 10th respectively, the latter pushing Argentina down to 11th position.