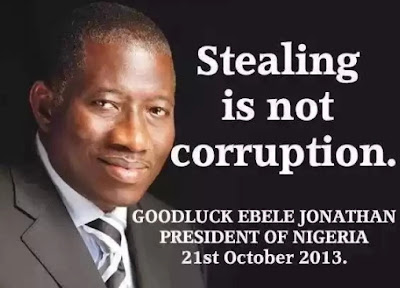 May 4, 2016 – Nigeria Lost 15 Billion Dollars To Arm Fraud Under GEJ, Money Looted Under Jonathan More Than Half Of Foreign Reserves Sitting @ $27B – Osinbajo

He assured that the government would generate 7,000 megawatts of electricity in the next 18 months.

Osinabjo spoke at the book presentation of the Ibadan-based elite group, House of Lords, which published an indepth analysis by experts titled: “Nigeria: The challenges of Growth and Development, “ at the University of Ibadan (UI).

Noting that the Buhari presidency has kept on a sustained fight against corruption, Osinbajo said the country simply cannot sustain the shocking level of public sector corruption in particular.

Osinbajo, in a statement by his Senior Special Assistant on Media and Publicity, Laolu Akande, said:

“It was discovered a few days ago that the total amount of money lost just to corruption in part of…and provision of security equipment in the military is closer to 15 billion US dollars.”