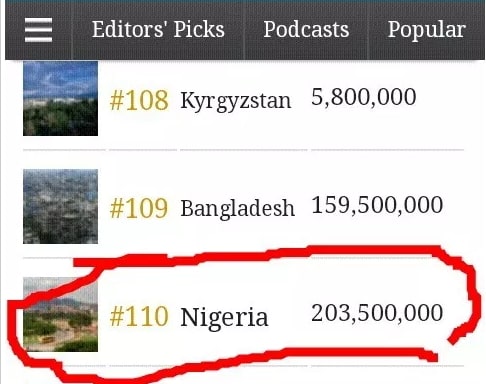 At least 13 African countries have ranked higher in 2019 best country for business ranking by Forbes Magazine.

The United States of America is rated 17th, below Ireland and Finland.

According to the complilation, “Forbes has rated the business friendliness of the world’s biggest economies annually for the past 13 years. Despite the uncertainty surrounding Brexit, the United Kingdom ranked first for the second straight year on the strength of its workforce, innovation and lack of red tape.

“We determined the Best Countries for Business by rating 161 nations on 15 different factors namely property rights, innovation, taxes, technology, corruption, infrastructure, market size, political risk, quality of life, workforce, freedom (personal, trade and monetary), red tape and investor protection. Each category was equally weighted. We only included countries with data across at least 11 categories. The U.K. was the only country to rank among the top 30 countries in each of the categories,” said Forbes.

Forbes noted that though Nigeria has strong fundamentals, its economic potentials is been undermined by inadequate power supply, lack of infrastructure and other socioeconomic challenges. It stated:

“Regulatory constraints and security risks have limited new investment in oil and natural gas, and Nigeria’s oil production had been contracting every year since 2012 until a slight rebound in 2017. President BUHARI, elected in March 2015, has established a cabinet of economic ministers that includes several technocrats, and he has announced plans to increase transparency, diversify the economy away from oil, and improve fiscal management, but has taken a primarily protectionist approach that favours domestic producers at the expense of consumers.”

The country was 15th in Africa during the period.

Nancy Pelosi Elected US House Speaker, Makes History As Only Woman To Ever Hold The Post
DJ Xgee Burial Photos: Lagos DJ Who Killed Himself After Wife Left Him Buried Amidst Tears