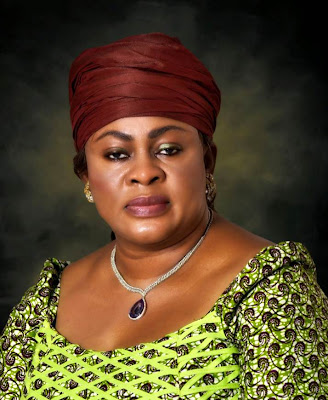 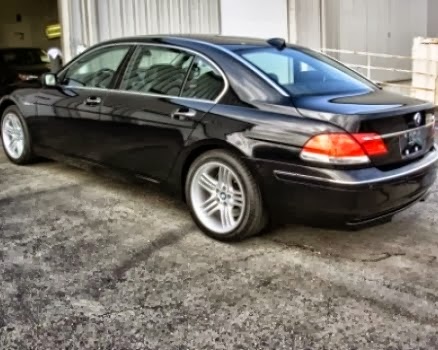 Nigerian activists and aviation analysts have called on the embattled minister of aviation, Princess Stella Adaeze Oduah, to resign, following the scandal surrounding the purchase of two bullet-proof BMW cars worth N255 million..

The activists said Oduah should resign and should be prosecuted over the  two bullet-proof BMW cars purchased for her in August at the cost of N255 million by the Nigerian Civil Aviation Authority, NCAA.

SaharaReporters, an online news medium, had reported on Tuesday that NCAA bought the vehicles worth N255 million for Oduah.

Releasing documents to back up the claims, the medium showed that the transaction for the purchase of the two BMW cars started in June, but the request for the delivery of and payment for the cars was fast-tracked between 13 and 15 August, 2013.

The transaction involved the NCAA, First Bank of Nigeria, and Coscharis Motors Limited.

They were received by two store managers, F. Onoabhagbe and Y. A. Amzat, who is also the agency’s head of transport.

Stakeholders, activists and analysts have reacted angrily at the allegations and have called on Oduah to go or be sacked by President Goodluck Jonathan.

“The minister of aviation should not only resign, she should be prosecuted. I call on the Economic and Financial Crimes Commission, EFCC, to take up that matter and investigate it properly,” said Mohammed Tukur, Assistant General Secretary, Airline Operators of Nigeria, AON.

“I don’t know who gave her the authority to purchase such cars because the man who was in charge at the NCAA, was just an acting DG. He was not the DG of the NCAA,” Tukur added.

Tukur said he has received reliable information that the NCAA is broke and training has dwindled.

According to the President Aviation Round Table, ART, Captain Dele Ore, there are more revelations that will soon be made public against the minister.

“The bubble will soon burst. When she leaves office, everything will come out. If she does not want to resign, she should remain there and let’s see how the bullet-proof vehicles will protect and save her,” he said.

To the Secretary General of National Union of Air Transport Employees, NUATE, Abdulkareem Motajo, the minister has committed many atrocities and should be arrested.

“Asking for her to go is not enough, the minister has committed many atrocities and many of them have been written in the newspapers but nothing has been done about it,” he said.

“She should go and she should be arrested and probed also. We are also very angry at the National Assembly for not taking any action against the minister regarding the atrocities that she has commited,” he added.

According to the National President, Air Transport Services Senior Staff Association of Nigeria, ATSSSAN, Benjamin Okewu, the Economic and Financial Crimes Commission, should step in.

“What I think is that she should go and EFCC should come in and apprehend her immediately since she does not have immunity.

“There are several other allegations that even in NAMA there have been purchases of many things for the minister and these reckless expenditures by the minister are unacceptable,” Okewu said.

Comrade Debo Adeniran, Executive Chairman, Coalition Against Corrupt Leaders, CACOL,  said the corruption allegations are proof that the recent air disasters in Nigeria are due to corruption and incompetence.

“When she asked the Nigeria Civil Aviation Authority to get her bulletproof cars worth $1.6m (about N255m) because of threats to her life, where did she expect them to get the money?” Adeniran asked.

“She expected them to compromise standard of course! It is now clear that the frequent air accidents are products of corruption and incompetence in our aviation sector.”

Adeniran said it is no longer surprising that the minister could ascribe her incompetence to God.

“The truth remains that if Nigeria Civil Aviation Authority is doing a proper job and not collecting bribes to satisfy the ostentatious lifestyle of Stella Oduah, they would have been able to avert some of these accidents. With proper safety regulations in place, the frequency of air crashes can be drastically reduced,” Adeniran said.

To  Olumide Ohunayo, an aviation activist, calls for the minister’s resignation may be hasty.

“Well I think its a bit hasty, the allegations listed online were numerous and a careful investigation is necessary, considering the present safety apprehension in the industry.

“I look forward to a clinical review of the relationship between the ministry and its agencies,” he said.