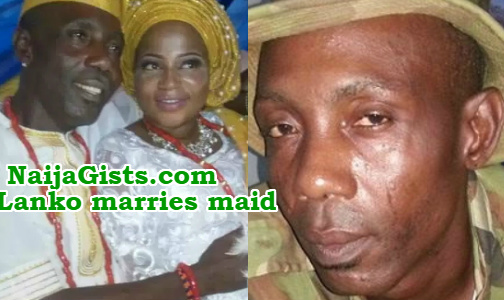 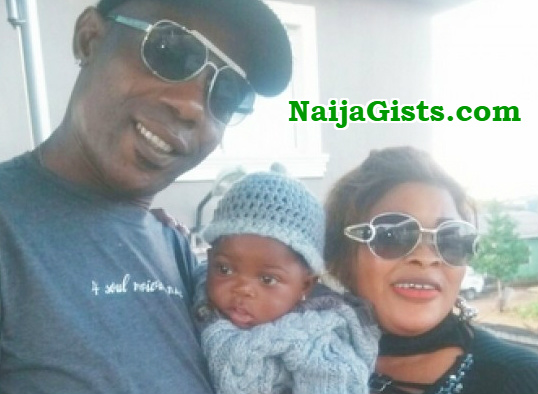 Lanko with Madam No Network

His third marriage may pack up soon as his 3rd legally married wife, Alhaja Afolashade Shoremi has exposed his best kept secret.

The actor who recently married his wife’s maid, a lady simply identified as Moji after impregnating her has come under fire. 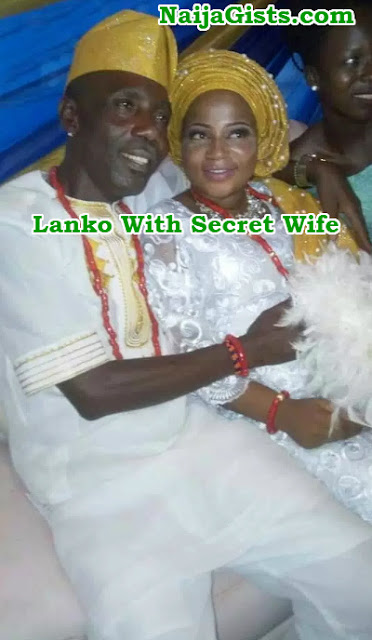 When his third wife, Alhaja Afolashade, the owner of Slamtop Boutique was contacted, she called him a useless man who left his responsibilities to marry another woman.

Here is how she slammed him;

“Lanko is a useless fellow. I know he is a serial womaniser.  He left his responsibilities to marry a new wife, I’m not bothered about his decision, he has his life to live and I have mine”.

“I know he has several other girlfriends out there. This useless man is fond of eloping with different women for weeks. Since I married him, he has left on three different occasions to flex with other women. I only welcome him back because it takes patience to live with him.”

In total, the actor is fathering 12 different kids with 4 different women. He is only married to three of them.