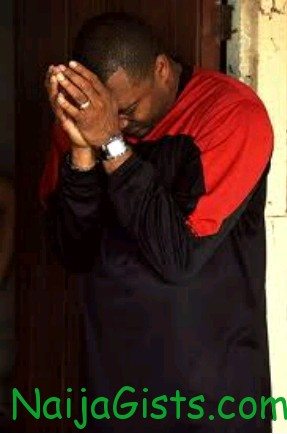 Sept 18, 2012 – Nigerian Actor Jailed For Having Sex With Another Man (Bestwood Chukwuemeka)

A 28-year-old Nigerian actor identified as Bestwood Chukwuemeka has been jailed for 3 months in Abuja for having sex with another man through his anus. naijagists.com

According to Police prosecutor, the victim of this sodomy act reported the case to the police on the 8th of August, 2012.

The prosecutor said the actor had sexual intercourse with the victim on his bed when he was deep in sleep, an offence which is contrary to Section 284 of the Penal Code.

The actor pleaded not guilty when the charges were read to him.

“I came back drunk from the night club and thought I was sleeping on the same bed with my girl-friend and I started romancing her,”

Magistrate Nafisat said alcohol should never been seen as an excuse for committing such an offence.

During his hearing yesterday, the accused, Bestwood Chukwuemeka pleaded guilty and was sentenced to 3-month imprisonment.

To those who are not aware, practicing homosexuality & lesbianism is a crime in Nigeria.

Same sex marriage prohibition bill was passed in 2011 and it carries 14-yr-jail terms for convicts.