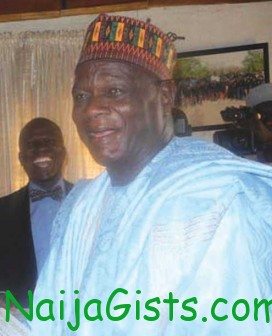 Zannah Malam Gana was shot dead in his house located on the threshold of Sahara desert around 8:45 pm on Monday night.

He is set for burial Today in his home town.

In another development, a former controller general of prisons in the state was also shot as he was leaving a mosque enroute his house after evening prayers on Monday.

He was rushed to the hospital where he died of multiple gun shot wounds.

Kidnappers Of Aliko Dangote’s Cousin Arrested While Collecting $40,000 Ransom
Nigerian Actor Jailed For Having Sex With Another Man (Bestwood Chukwuemeka)