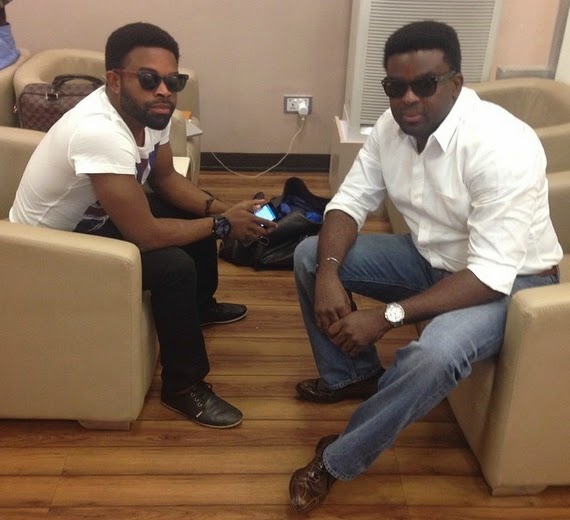 As a precautionary measure against Ebola Virus, Airport health officials in Seychelles isolated some people coming from West Africa yesterday.

This was made known by Nollywood movie producer Kunle Afolayan on his official Facebook Page.

The Nollywood superstar and his younger brother Gabriel Afolayan with other movie stars from Kenya travelled to the country yesterday for a movie shoot but at the airport, they were isolated from other people due to the outbreak of Ebola virus in West Africa.

“We landed Republic of Seychelles safe and sound. Myself and Gabriel were isolated from the other Kenyan crew that went with us and we were made to sign plenty forms cos we came from West Africa (Ebola region). Gabriel didn’t gave his yellow fever card so he has to do a test tomorrow and bring the result back to the health section of the airport. Thanks to SBC to the rescue and warm welcome.” 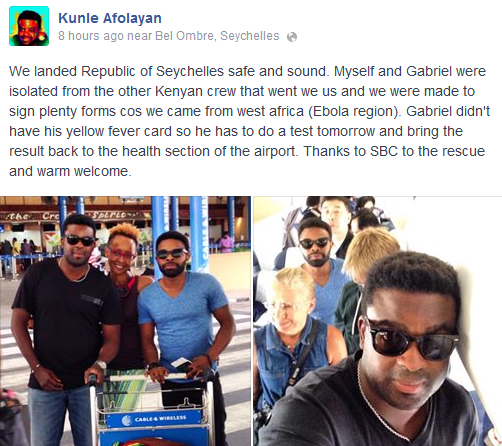