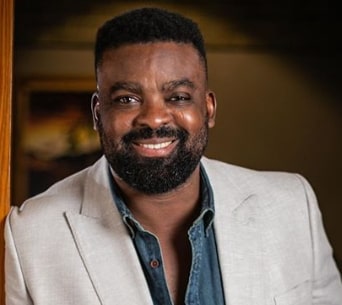 Kunle Afolayan Defends Self For Featuring Billionaire Daughter In Movies

Over the years, Nollywood actor and producer Kunle Afolayan has featured some ‘non-actors’, including Chidinma Ekile, Simi and more recently, Temi Otedola, in his movies.

In his latest chat with Saturday Beats reporter Tofarati Ige, Afolayan maintained that the only consideration that influenced the choice of cast for his movies was competence.

He said, “From the beginning (of my career), I have always featured special appearances. As long as they are talented and doing well, the person doesn’t have to be an actor.

Once I see that the person can pull off a certain character, I give it a go. I did it with Chidinma (Ekile) in ‘The Bridge’ and Simi in ‘Mokalik’.

Temi is one of the most hardworking, energetic and level-headed human beings I have ever met. She has been groomed for this for almost a year. Meanwhile, there is going to be another big announcement about someone else that would be featured in this film and it is going to catch people by surprise.”

On what gave him the conviction that Temi would be able to pull off the role she’s to play in his forthcoming movie, ‘Citation’, Afolayan said, “When I had an encounter with her, the first draft of the script wasn’t even ready and I needed a character of her age.

So, I asked her to do some monologues, which she did. Then, I figured she had the potential to do it but there were other qualities I was looking for and she said she was ready to learn, especially in the area of language. The character speaks English, French, Yoruba and a bit of Portuguese. When people see the film, they would understand why she is the chosen one.”

The actor also dismissed insinuations that he cast Temi in the movie because of her father’s wealth and influence.

“I wouldn’t expect anything less (from people) but those who are familiar with my works know that I don’t compromise when it comes to who features in my films. If the person has the required qualities and can deliver, then why not? This has got nothing to do with her father.”

Speaking on what inspired the movie, Afolayan added;

“Looking at what is going on in society (not just in Nigeria but the world at large), a lot of people believe that anything that has to do with sexual harassment or assault in universities are usually swept under the carpet. But beyond that, some people still come out to talk about it.

I felt it would be nice to do a film (about it). This movie is meant to address what can be done if anybody is in that kind of situation and I believe that the audio-visual medium is a good platform to do that.”