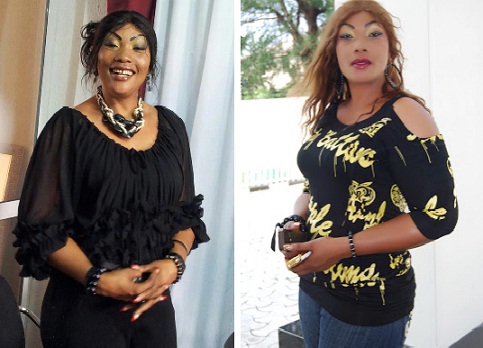 Nollywood actress turned full-time evangelist, Eucharia Anunobi has vowed not to abandon her acting career for a full-time ministerial work.

The actress who was ordained an evangelist a while back did a question and answer section where curious fans ask her several questions.

See her response to some questions below

Why would Nigerians, my own people, think in the direction that i have either stopped acting or would never feature in any movie because of my calling and ordination as an EVANGELIST? As if ACTORS are sinners?

What is the job of acting all about in the first instance? And what are the roles and responsibilities of an Evangelist? Dissemination of INFORMATION right???????

I think everyone should try to grab a copy of GOD OF SHILOH AND GOD OF ZION, then, the MESSAGE about the relationship between Acting and Evangelism would be clearer to US.

WARNING!!!!!!! I will never answer questions from anyone, concerning this issue anymore.