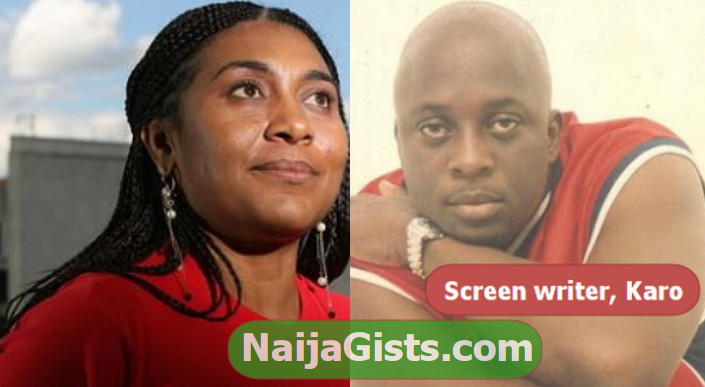 A top scandal-free actress in Nollywood, Hilda Dokubo has reconciled with her ex-husband, Akarose Mrakpor years after their separation.

In 2008, the lovers dumped each other for new relationships.
Karo Mrakpor married a new woman who gave birth to a child before the relationship collapsed.

The lovers met at the University of Port Harcourt in 1986 and got married few years after graduation.

The couple gave birth to a son named Tuvi then before their separation.

As we speak the recently re-united couple have been spotted in several locations in Port Harcourt walking hand-in-hand.

“They are so much in love now” – said a witness.

True love stands the test of time. This shows that Hilda & Karo are meant for each other.