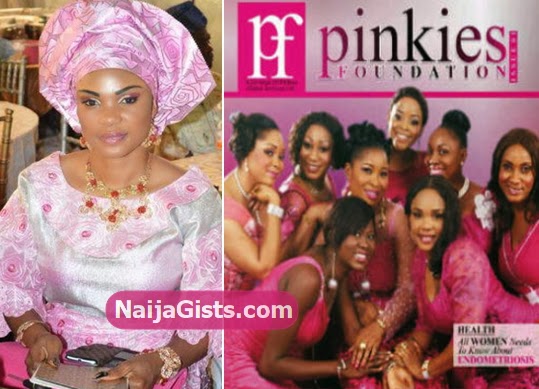 Popular Yoruba actress Iyabo Ojo has debunked rumours flying around that she is the leader of a lesbian group named Sexy Pinkies Ladies.

To set the records straight, the actress said her Pinkies Foundation is a group she established two years ago and its primary aim is to bring women together irrespective of their age or societal status to support each other and share ideas in business, health and improve family values.

“My foundation is not about that. Do I look like lesbian? I am not a lesbian. Nigerians like attaching irrelevant things to something. They are saying that because l am an actress. “it has not stopped me from achieving my goals. 80% of the women in the group are married with kids. I do not support lesbianism.” – Iyabo Ojo told journalists