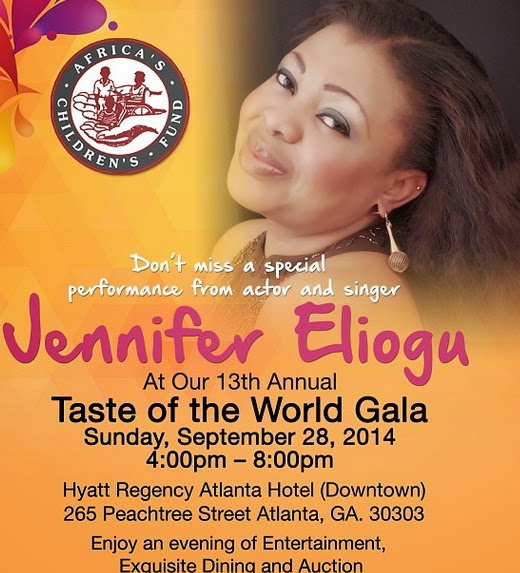 Nigerian actress turned singer Jennifer Eliogu is living her dreams. The mother of two has become an international superstar less than 2 years after she discovered her musical talent.

The fundraising event will hold this afternoon between 4 and 8pm at Hyatt Regency Hotel in Downtown Atlanta. 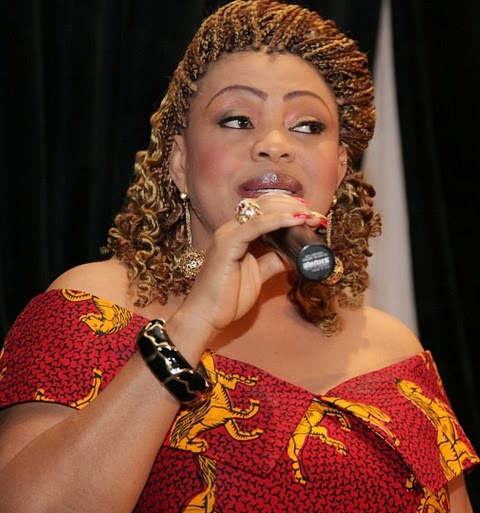 This is what Jennifer said about her upcoming performance:

“I am so excited to be performing at the fund raiser. It’s an event that shares the same ideals with my NGO. In a way I feel I am doing my little bit. I would be treating guests to mature music. The event promises to be fun and the organizers are excited to have me on board.”

Taste of the World is a spectacular display by Atlanta’s premier chefs and their culinary talents featuring delicacies from different regions of the world. The Gala is Africa’s Children’s Fund’s major fund-raising effort to support childhood hunger prevention, mentoring, and scholarship programs. Since 1998, this event has raised funds to support over 67,000 children here in Atlanta and several countries in Africa.

Jennifer Eliogu is a bag of talent and we are so happy for her.

Continue Reading
You may also like...
Related Topics:atlanta, Concert, gala, Jennifer Eliogu, taste of the world