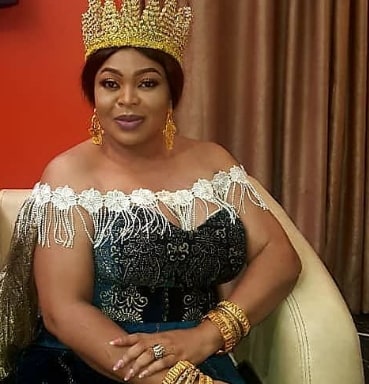 Jennifer Eliogu To Upcoming Stars: Exceptional Talent Will Guarantee Your Success Not Nudity

By Tofarati Ige and Dayo Adeola

Nollywood actress and singer Jenifer Eliogu, has advised young ones in the movie industry that the only way they can be relevant in the industry is to harness their talents.

In a recent chat with Saturday Beats, the actress shared her thoughts on actresses flaunting their bodies.

She said: “Exceptional talent, (not nudity) is what guarantees one’s relevance in this industry; we all come to that realisation over time.”

Eliogu also maintained that she has never entertained the thought of quitting movies for music. She stated, “Firstly, it has been a good year so far. I shot my third movie written and produced by me. I have also been on many other productions, with lovely scripts, wonderful crew and good fees. I cannot complain. And things keep getting better.

“As for those who think I have or may want to quit acting for music, it untrue. I have had my band for seven years, and we do all kinds of events. I have never thought of quitting acting. I find fulfillment in both acting and singing. I also compere events and still run my NGO which I started 10 years ago. Ultimately, I create enough time for my family. Passion is what I thrive on.”

Although her marriage has being the subject of many salacious reports with some insinuating that she was ‘chased out of her matrimonial home’, the singer said she has found that silence is golden.

“Silence is all I have to offer on that particular issue. I react when it is absolutely necessary but most of the time, I just decide not to dignify them. As much as I am a public figure by virtue of my career, I keep my private life private. I don’t need validation from anyone. I avoid distractions as much as possible.”

Recalling some of the challenges she faced in the early stage of her career, Eliogu said;

“My dad didn’t like it when I started acting because of the general perception people had about actors.

It was quite a challenge getting him, a titled chief in Igboland, to understand my passion for acting and importantly, getting his blessing.”