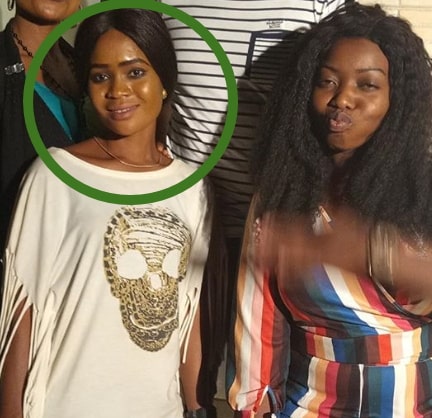 Pictured here is Nneka, a budding Nollywood actress who was killed by a rapist she allegedly sheltered last week.

According to Sandy Sandra and another top Nollywood source, the beautiful lady who was hoping to make her Nollywood debut soon is fond of accompanying her friend to movie set with the hope of finding a producer to feature her .

Sadly, she met her untimely death last week after a male church member she reportedly helped killed her while resting a rape attempt.

Nneka reportedly accommodated the married church member in her apartment for a night and in the morning, he attempted to rape her but in the process, she died.

Here is how Sandra broke the news on her Official IG page early this morning.

Here is a comment from a social media source who blamed Sandy Sandra’s late friend for accommodating a married man in her apartment.

@deffaffinity wrote:
This your story is not complete. (referring to Sandy Sandra who broke the news today)
Since you know the guy, why didn’t you post his picture or handle too, so we can get the other side of the story or bash him?
How was it confirmed that she was refusing him sex, which led to her death?
From what I understand, the guy came to sleep a night and leave next day.
He did not rape her all night, only to rape her the day he should have left.
What was he still doing there?
Or is it that she’s living with a man in the house and you are covering that side of the story up??
Who actually confirmed what led to her death?

I feel sad hearing of ones death..
But, I feel worst, when people started writing RIP, without finding out the true story.

A Nollywood source also based in Abuja who confirmed Sandra story to NaijaGists.com this afternoon said Nneka is survived by a son, her parents and siblings.