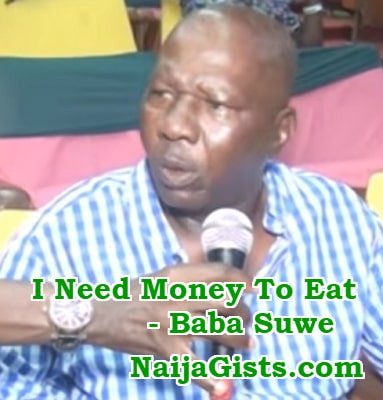 Nollywood actor Babatunde Omidina is yet to recover from his illness.

The actor who contracted stroke in 2017 has been abandoned by his colleagues.

In a viral video on the social media, the actor who laments walking with stick at his age begs for donations.

A Lagos-based radio presenter  last week claimed that the actor is gravely ill. The renowned OAP made it known that the Yoruba screen god has not received any help from colleagues in the industry.

He mentioned the likes of Jide Kosoko, Dele Odule, Mr Latin and Oga Bello. Then he accused them of not helping their colleague.

His rant was directed at the fact that these men were running away from rendering assistance to Baba Suwe, and this was not because he was a bad man but because they were stingy.