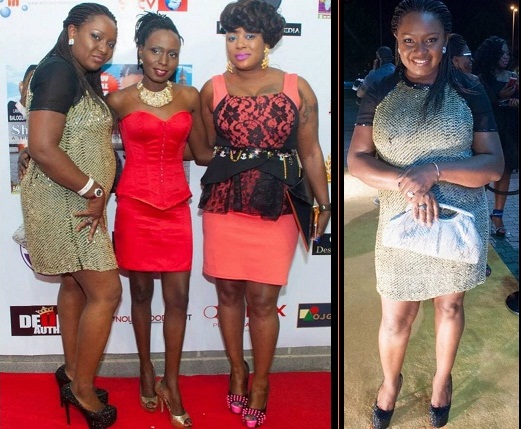 Beautiful Nigerian actress Victoria Inyama who moved to the UK few years after her marriage to author Ben Okri has been spotted.

On the 5th of July 2013, Victoria was spotted on the red carpet of Shameful Deceit movie premiere in London.

She was among the famous faces who rocked Nollywood in the early 2000 before she relocated to live with her husband in London, UK.

When asked if she plans to come back to Nollywood, this is what the actress said;

Yes I do… That is why am studying in a drama school here in London.

I’m happy to be British. I plan to give back to my country later on in life.

The actress who currently looks pregnant gave birth to her third child in October 2012.

Check out those heels!