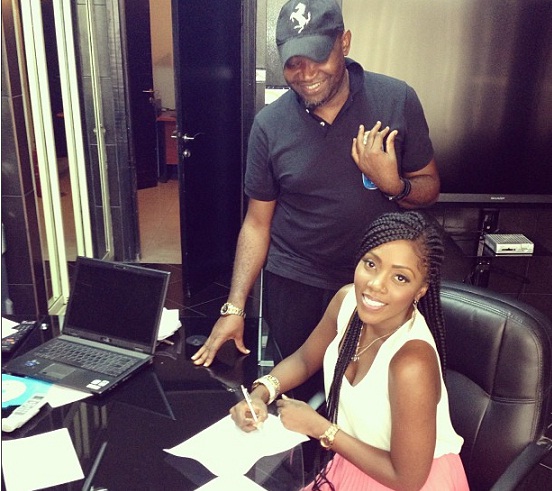 The singer revealed few hours ago that she has sealed a multi-million naira endorsement deal with telecommunication giant, MTN.

According to sources, Tiwa Savage’s new MTN ambassadorial deal is worth about 30 Million naira (hmmmm.. that is something).

Other artists signed on as MTN ambassadors in the past include Davido, gospel singer Praiz, Yvonne Nelson’s ex-boyfriend, Onoyum Mbuk aka Iyanya, Kcee and many others.

Apart from this new MTN deal, she is also an ambassador with Pepsi.

Check out what Tiwa Savage said in regards to her new MTN deal below;

“MTN ambassador, I don port o. God you are so good to me”