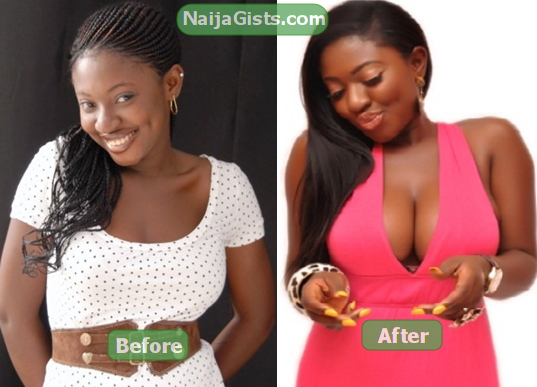 Since her return from the Republic of Cyprus, Nollywood actress Yvonne Jegede has landed in a messy breast surgery scandal.

The actress recently travelled to the aforementioned country to further her education. On coming back to Nigeria, she became a totally different individual.

The once shy and timid actress has become very bold and more friendly. In a bid to re-launch her acting career in Nollywood, the actress shared some sex photos with fans and that’s how the whole controversy started.

Due to the virality of the rumour, the actress is speaking up through every possible means to tell fans she didn’t do any breast enlargement surgery.

Hear what Yvonne Jegede said in a recent interview;

My features have always been the same from time immemorial.  The thing is a lot of people have always seen me as that naïve, vulnerable girl who likes to cry a lot because those are the kind of roles I used to get before I left.  The roles I got were roles I have to be a nice girl in the village, a girl who is begging to be loved, a girl who has made a mistake and who desperately wants to repent, a girl who people will feel sorry for, a girl who is from a poor home.  So, I have my own personal life.  What you see on TV has absolutely nothing to do with me. I will not cry for a man and grovel and be on the floor in tears with mucus all over my nose.  No, I wouldn’t.  But if the script says I should do that, I would.

I’m very surprised people judge me by my pictures.  There was a blog that said, ‘Oh, we thought she was decent.’  I’m like because I’m taking pictures doesn’t mean I’m not decent and because I cry in movies does not make me decent.  People who cry in movies that does not make them decent and because someone takes off her clothes on TV does not make her indecent.  It is the way you now react when there’s nobody watching that makes you what you are.  It was my birthday so I just went to the studio, trying to feel nice and I took pictures and that is all me, no surgery or implant. 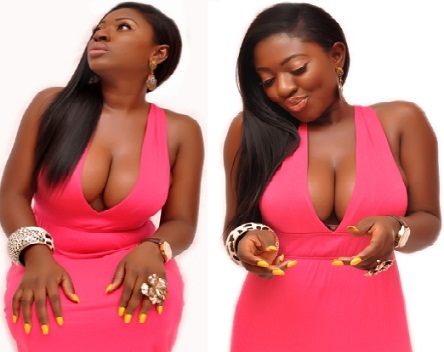 Take a closer look at the above pictures, do you think Yvonne Jegede did breast surgery or is it fashion magic?