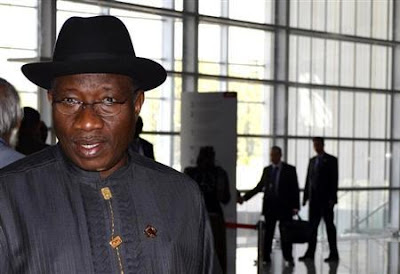 The suspect is accused of planning a terrorist activity in the U.S.

A Federal High Court sitting in Abuja on Wednesday ordered the extradition of a Nigerian, Lawal Babafemi, to the U.S. to answer terrorism charges.

The Federal Government initiated the extradition proceedings against Mr. Babafemi, alleged to be member of the terrorist organisation, al-Qaeda.

Justice Ahmed Mohammed, who gave ruling, ordered that the suspect be handed over to the U.S. Government on or before the expiration of 15 days.

“All the document in relation to the suit in the local court plus the charges filed by the Federal Government and other material evidence against the suspect must be transferred along with him,’’ he said.

Earlier, Muslim Hassan, Counsel to the applicant, submitted that the attempt to extradite the 32-years-old Babafemi was for him answer terrorism charges in the U.S.

“The suspect also described as `Abdullah’ and `Ayatollah Mustapher’, is being wanted for his alleged involvement in terrorism-related activities.

“We are urging the court to grant the prayer in order for the suspect to face justice in a different jurisdiction,’’ Hassan said.

But, Sulaiman Yahaya, Counsel to the defendant, opposed the application, stressing that the suspect did not commit any terrorist act on U.S soil to warrant his extradition to that country.

The News Agency of Nigeria reports that the Federal Government exhibited a four-count charge marked: 13CR-109-JG, filed against the accused person before the U.S. District Court of the Eastern District of New York.

The application further showed that a bench warrant was issued for Mr. Babafemi’s arrest by a U.S. magistrate.

The offences, on conviction, attract a minimum sentence of 10 years and maximum of life imprisonment.

Mr. Babafemi, who until now was based in the U.S., fled to Nigeria upon realising that he was to be arrested by men of the U.S. Federal Bureau of Investigation (FBI).

The application further reveals that U.S. authorities are of the view that Mr. Babafemi belongs to the al-Qaeda in the Arabian Peninsula (AQAP), an affiliate of al-Qaeda.

The applicant said the accused person allegedly travelled to Yemen between January 2010 and August 2011 to train with the group.

They also alleged that Mr. Babafemi had been relating with its senior members, including the now deceased Anwar al-Aulaqi and Samir Khan.

Mr. Babafemi was alleged to have admitted upon interrogation that he was paid about $8,600 by the AQAP to return to Nigeria and recruit some English speaking individuals to work in AQAP’s English language media organisation.

The group had claimed responsibility for series of terrorist activities, including the December 25, 2009, bombing attempt in the U.S. by Nigeria’s Umar Farouk Abdulmutallab.