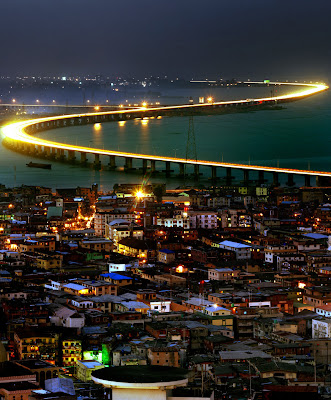 Nigeria’s Federal Government on Wednesday approved a N290.745 million contract for a comprehensive underwater inspection of the state of Third Mainland Bridge in Lagos.

Labaran Maku, the Minister of Information disclosed this to journalists after the weekly meeting of Federal Executive Council presided over by President Goodluck Jonathan.

The approval of the contract followed a memo presented to Mike Onolememen, the Minister of Works on the issue.

Maku noted that the bridge, a vital artery on the federal highways network connecting Lagos mainland to the island required replacement of damaged expansion joints and bearings as indicated by investigations conducted in 2008.

The investigations were conducted following reports of oscillation and excessive vibrations of the bridge under traffic load.

“The reports indicated that the bridge was structurally sound but required the replacement of damaged expansion joints and bearings, said Maku.

He added that the contract will involve comprehensive underwater inspection, assessment of pilings, river bed bathymetric survey, profiling and echo metric test on the Bridge. This, he added will save the bridge from extensive deteriorating condition.

The contract was awarded to Messrs ICECON (Nig.) Ltd and is expected to be completed in two months.

It will be recalled that the Federal Government had in 2012 awarded N1billion for the replacement of eight expansion joints on the 11.8 kilometres third mainland bridge built in 1990.

The contract, executed by Messrs Borini Prono and Company Ltd, commenced on July 7, 2012, and was completed October 30. The bridge was partially closed during the execution of the contract.

But Senator Gbenga Ashafa, representing Lagos in the upper chamber of the National Assembly had in a motion on the floor of the Senate in February this year raised alarm that the Bridge was in dire need of rehabilitation as repairs executed by the Ministry of Works did not meet the required standard, a senator has said. He warned that if the bridge is not immediately worked on, it may collapse.

“Repair works embarked upon during the last quarter of 2012 by the Ministry of Works, were just mere window dressing on the expansion joints. A recent report by some experts in concrete structural engineering found out that the last repairs that were done at the end of October did not meet the entire requirement. The experts went back after those remedial actions were taken and came back with the report that something has to be done urgently,” Ashafa later told journalists.

David Mark, Senate President warned during the debate on the motion that the Lagos Third Mainland Bridge would be a major national disaster if allowed to collapse.

“The bridge is an important edifice and its collapse will be a major catastrophe, as many lives may be lost,” said Senator Mark.

The Senate subsequently mandated its Committee on Works to investigate the state of the bridge.

But the Federal Ministry of Works had insisted that the Bridge was in a perfect shape following the repairs carried out in 2012.

Onolememen told journalists that speculations on the state of the bridge by the lawmakers were based on mere perception, as there was no civil engineering test to justify the statement.