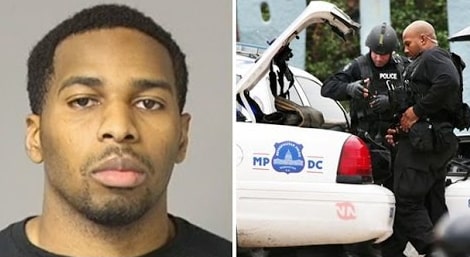 A Nigerian born American cop, Chukwuemeka Ekwonnna has been jailed for allegedly paying for sex while employed as an officer in Washington, DC.

According to The Baltimore Sun, Ekwonna pleaded guilty to the charges on Tuesday, before US Attorney Robert Hur.

The 29-year-old was sentenced to 14 years in prison on charges of paying two young girls for sex.

He was also sentenced to 5 years of supervised release after his prison term.

It was revealed that Ekwonna exchanged more than 250 text messages and social media messages with two girls, ages 14 and 15, and paid both for sex.

In April 2017, the convict was charged with soliciting sex from a 15-year-old girl in Glen Burnie and then robbing her at gunpoint.