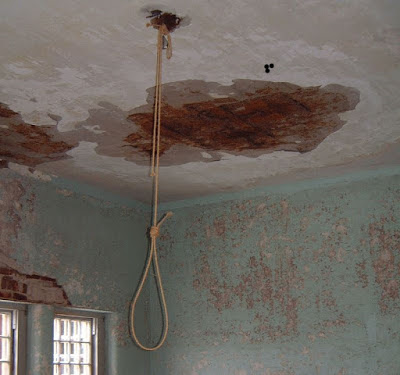 This past weekend, a young man identified as Daniel Iyoha took his own life inside his family house in Benin.

The 27-year-old Final year Law student of the University of Benin reportedly committed suicide at his parent’s residence at #17 Obamwonyi Street off University road in Benin city.

The deceased, a devoted Catholic after returning from morning mass washed his clothes, cleaned up his room and stayed in his room.

When his mother left the house to see a neighbour, he reportedly tied himself with a wrapper to a ceiling fan in his room.

His sister who was reading in another room didn’t know what was happening until their mother returned home.

Curious about his whereabouts, his mother reportedly forced the door open only to see the lifeless body of her son dangling from the ceiling.

The deceased who was sponsoring his own education at the time of the suicide was described as a very busy man. In addition to his academic schedule, he also operates an auto mechanic shop in Uwelu area of Benin.