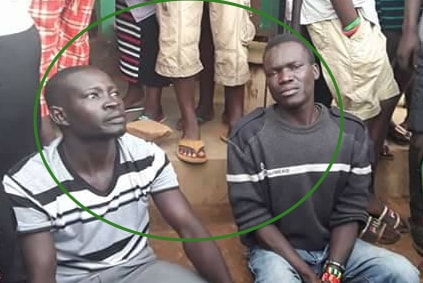 32 Artillery Brigade men in Owena Barracks, Akure, the Ondo state capital, have said that they are ready to rid the society of kidnappers and bandits in Ondo and neighbouring Ekiti states.

According to the Commander, Brig.Gen, Zakari Logun Abubakar,cparts of the plan to rid and fight kidnapping epidemic was the launching of the “Special Anti-Kidnapping Squad” of the military.

He lamented the rampant cases of kidnapping fast becoming growing business for criminals who use the deep forest to cover up and demand for huge ransom.

Abubakar, who assured the military would fight the scourges of kidnapping with full strengths in the states, declared that the days of the criminal elements are numbered.

He revealed the military has put in place the necessary modalities to ensure kidnapping is either curb or reduced to the barest minimum.

The Brig. Gen however added the military have already instituted an emergency against the fights of kidnapping in both in the states and its boundaries.

To fight this scourge heads long, we have already launched the Anti-kidnaping squad of the military section.

“This squad, which is a special one, would be active, mobile and swift in reacting to cases of kidnapping in the states of our jurisdiction.

“To achieve this vigour, they are to mount strategic location of the roads, check on passengers and vigilant to react to kidnap case.

“We have identified the prone areas where this criminal elements use to perpetrate their evil works. They are bushes in Ondo, Ekiti and Ibilo that is Kogi state.”

Abubakar said the Special Squad (Anti-kidnapping) which is a wing directly under his Command is manned by a trained senior military officer, Captain B.M Danlima.

He noted the army had reached out to stakeholders in the security sector which included – community leaders and the Miyetti Allah Cattle Breeders Association of Nigeria to further achieve success in the bid to wage war on kidnapping.