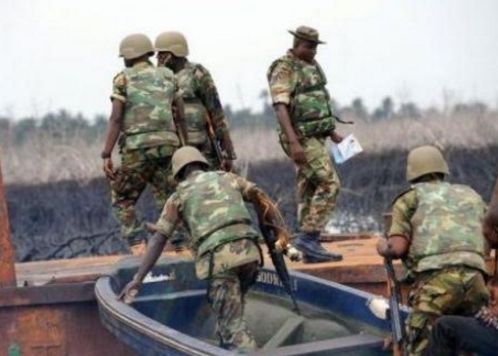 Around 11am today, troops on Patrol in Abonema area of Degema in Rivers State ran into an ambush set up by sea pirates.

The militants opened fire on the troops of the Nigerian Army 2 Brigade based in Port Harcourt killing 3 soldiers and a Major General.

In a press statement released this afternoon, the Nigerian Army assistant spokesperson, Captain Eli Lazarus said a Major and one soldier who sustained various degrees of injury during the encounter lost their lives.