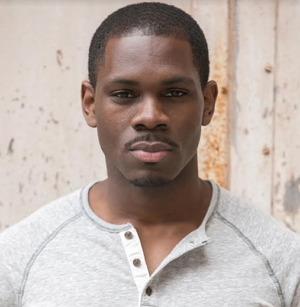 Conphidance will soon be seen in his role as the Owner of a Club on FX’s “Atlanta Robbin’ Season”. The show stars Donald Glover as earn, Brian Tyree Henry as Paper Boi, Zazie Beths as Van, and Lakeith Stanfield, a first generation Nigerian-American, as Darius.

Conphidance, whose real name is Uchenna Echeazu, has worked on numerous Hollywood productions. He most recently played the role of Okoye on “American Gods”, in which he speaks Igbo the entire time. Conphidance has a very diverse resume, from comedy to drama, playing roles with various accents. Other notable work include “Valor”, “Six”, “Fist Fight”,”The Sacrament”, “Complications”, and “The Inspectors”. People typically don’t even recognize him in roles because he embodies his characters so well. Be sure to remember the name and face because he is soon to be a household name across the world.

“Atlanta” follows Earn and his cousin Alfred, trying to make their way up in the world through the rap scene. Along the way they come face to face with social and economic issues touching on race, relationships, poverty, status and parenthood.

In addition to acting on major Hollywood film and television productions, Conphidance also writes and produces film and TV content. His feature film titled “Klippers” will be released in Nigeria later this year. He is also working on a few songs to be released as well. Stay tuned.

“Through the arts, I strive to inspire the world towards positivity by building self-confidence one person at a time” says Conphidance.

You can see the phenomenal work of Conphidance in “Atlanta Robbin’ Season”, Episode 3, titled “Money Bag Shawty” which airs on Thursday, March 15th. To keep up and stay connected with Conphidance on social media platforms at @Conphdiance and visit his website at www.conphidance.com

Here is the trailer for Atlanta.