16-year-old Nigerian-Canadian girl who produced the beat of Jay-Z’s new album is speaking for the very first time.

Ebony Oshunrinde popularly called Wondagurl who was credited for producing the beat for track ‘Crown’ in Jay’z’ Magna Carta Holy Grail album is based in Brampton, Ontario Canada.

The teenager said she taught herself how to produce beats after watching a video of Jay-Z and Timberland working in the studio together.

“It inspired me and I wanted to do the exact same thing that he did,”

“It’s a really good feeling. I want to show young people that they can do it. Anybody can be successful. It doesn’t matter where you’re from”

In 2012, Oshunrinde became a champion after winning Toronto’s Battle of the beat makers competition at age 15. 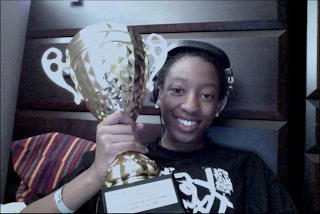 Wondagurl holding her award at age 15.
She became serious about music and signed up with Black Box entertainment, the same label as Classified and started working in the studio.

Wondagurl said the beat that landed him on Jay-s album started with a reggae song.

She sampled the music and added her own twist using computer software.

She worked on her beat once and sent it to Travis Scott, a young rapper and producer from Houston who met Oshunrinde last year. He happened to be working in the studio with Jay-Z when she sent him her beat.

A few days later, Oshunrinde was at home with her brother and sister when her phone buzzed.

“He texted me and said, ‘I’m about to change your life,” Oshunrinde said. 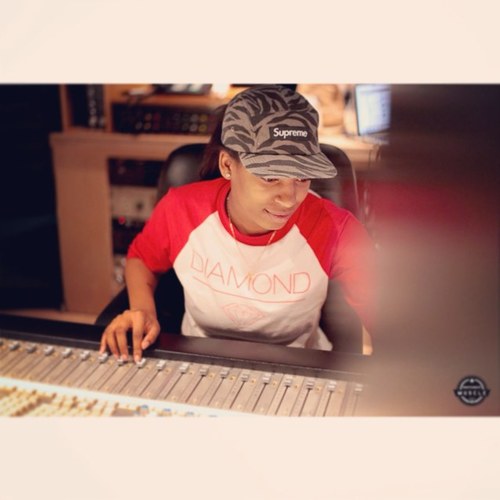 When Scott told her that her cut made it on to Jay-Z’s album, she thought it was a joke.

“Usually that doesn’t really happen to 16-year-olds,” the teen said.

And when she told her mother the good news, she cried.

Oshunrinde has never met Jay-Z and, like everyone else, had to wait for the digital release on July 4 to hear “Crown.”

She just got her passport last year, and hopes she’ll meet the rap mogul when she travels to the USA soon.

This is very impressive.