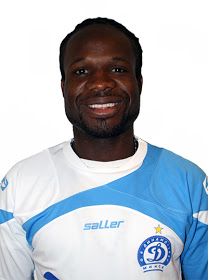 Last year, he was kidnapped at gunpoint in Warri, Delta state during vacation.

He was later released after the payment of an unspecified amount of money.

In this latest incident, the ace footballer was declared missing by Dinamo Minsk.

Last Tuesday, he was found in good health in Udine, Italy.

According to police report, the international footballer was arrested for being in possession of 52g of Marijuana weed.

Police reported that they found him with 2 Romanian girls and a male friend smoking weed.