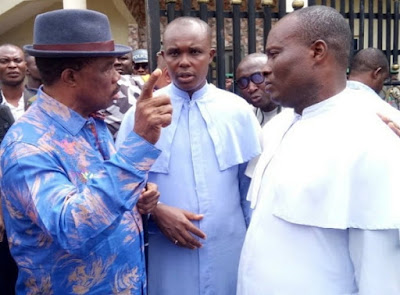 The mastermind of the bloody massacre, Dickson Nwodi and Prince Charles Obi aka Gozila are currently serving murder sentences in South African prisons.

Umar said the suspects confessed to one Anayo Quintus also based in South Africa and begged him to inform Ozubulu elders that they planned the fatal invasion.

The Commissioner said the state is already pressing interpol on the need to extradite the suspects to Nigeria.