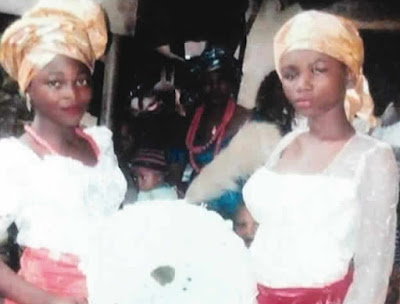 2 Teenage girls, 12-year-old Peace John and her elder sister Jennifer John,14 are still missing over a month after they disappeared in Yenagoa Bayelsa state.

The siblings who went out around 6pm on Independence day have put their parents in a state of panic as all their efforts to locate them is yet to yield any positive result.

Here is what their father, a plumber named Lucky John told the Will.

“On October 1 around 6pm, I was away to work, while their mother was at home. The two of them went out and they never returned. Till now, I have not seen or heard anything about them.

We have gone to different places to look for them without any result. Nobody has called to demand ransom. The two girls have the phone number of their mother, but they have not called. We are afraid.”

The Bayelsa Police Spokesman, Asinim Butswat said the parents of the missing girls are yet to report their disappearance to the police.