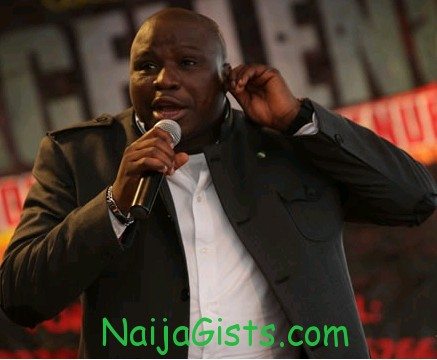 Nigerian comedians react to a report that jokes about a politician can adversely affect his political career, writes Maureeen Azuh

Generally, comedy is seen as a form of relaxation even as it can be employed to address societal vices. In Nigeria and other countries, most humour merchants seek not just to impress their audience with jokes but to also make comments that would engender social change.

However, a recent report conducted by an Assistant Professor at Towson University, USA, Amy Becker, indicates that comedians’ jokes that tend to ridicule a political candidate may spark negative attitudes towards that individual.

The study focused on the 2008 presidential election where Barack Obama and John McCain were top candidates – representing Democratic Party and Republican Party respectively. In the course of it, some participants watched a video clip from The Colbert Report mocking the McCain campaign, while other participants viewed a clip of McCain mocking himself on an episode of Saturday Night Live.

While participants from both sides appreciated McCain’s self-deprecating humour, viewing the SNL clip did not result in a significant change in attitudes towards the Republican Party candidate. Viewing Colbert’s hostile humour, however, resulted in significantly more negative evaluations of McCain.

But reacting to the report, Nigerian comedian, Gbenga Adeyinka, says it may not be entirely true. According to him, what matters is the personality of the politician and not what people say about him.

“If you go on the Internet, you will find that the American President is the biggest material for comedy,” he says.”What we should be weary of is abuse; I always tell comedians not to be abusive. And to the politicians, if funny jokes are being thrown at them, maybe they need to buckle up. Obama has been the butt of jokes for years, but he is still the president of America. Comedians will not create jokes out of what you have not done.”

For comic actor, Basorge Tariah, comedians have the right to point out the shortcomings of public office holders. He says the joke merchants are not just jesters but are also social commentators.

“Like journalists, comedians have the right to comment on issues that affect people in the society, no matter the politician that is involved. It is their moral obligation to do so. But whether it is done intelligently, stupidly or as an outrageous attack to make the individual involved sit up, is another matter altogether,” he explains.

Tariah however adds that comedians, both young and old, should have some kind of check and not abuse the privilege.

As the 2012 American elections held on Tuesday drew to a close, the study predicted that more shows would mock the presidential candidates – which, of course, came to pass. It also said Saturday Night Live received heavy media coverage because of the show’s humorous portrayals of Barack Obama, Republican party’s presidential candidate, Mitt Romney and his running mate, Paul Ryan.

But the researcher notes that candidates may still win over voters’ attitudes if they can handle the ridicule, and even joke about them, rather than going on the defence.

While some politicians may not be favourably disposed to humourous jabs at them, there are some who are not only indifferent to such jokes but also enjoy them.

“Personally, I am humorous,” she says. “But I think jokes should be used in an effective and positive way. Sometimes people make jokes to ridicule others but they should also know that our senses of humour are not the same. I appreciate jokes because they can only be about the things I did.”

She adds that throwing jokes at politicians is normal but such humourous comments should not be aimed at castigating the individual involved.

Another comedian, Ajibola Adebayo, (Holy Mallam), notes that comedians should be cautious about the jokes they throw at politicians.

“A joke can damage a politician’s career if it goes viral because out of every joke is seriousness,” he says.

Asked if he had ever been caught in the web of denting the image a politician through his jokes, he says, “I shy away from such things, not because I am pro-anybody or against anybody but because I am cautious.” (Source: Punch)