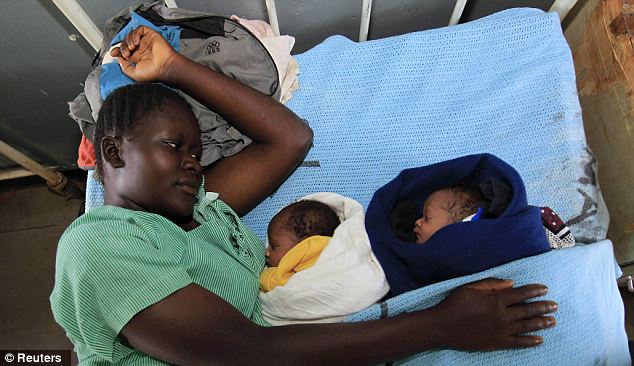 Millicent Owuor, a Kenyan woman who delivered her twin babies on Wednesday has named her baby boys after President Obama and his rival Mitt Romney. naijagists.com

20-year-old Owuor said she did what she did in order to keep the memory of Obama’s reelection fresh in her family.