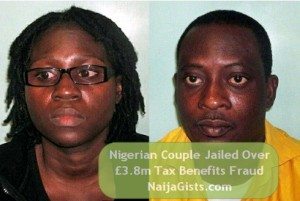 Nigerian couple identified as Adeola Thomas and Abimbola Abiola have been arrested and jailed over tax benefits claims fraud involving the use of over 1,400 stolen Identities. naijagists.com

They were caught when UK HM Revenue & Customs staff noticed multiple tax credit claims from the same addresses which led them to launch an investigation.

Thomas’ hand-written application forms were analysed, computer records were checked, and hours of recorded calls to the Tax Credit Helpline were listened to and a surveillance operation was carried out. The HRMC investigators viewed CCTV footage showing activity outside various North London Post Office ATMs.

Thomas was eventually arrested at a cash point outside a Post Office in Hackney on October 7th last year. He was found to be in possession of 17 Post Office account cards in different names, two mobile phones and two fraudulently completed forms addressed to Jobcentre Plus.

When Abiola was arrested later the same day, she had £4,125 in her handbag. The mother-of-one claimed the money was her child benefit payment. 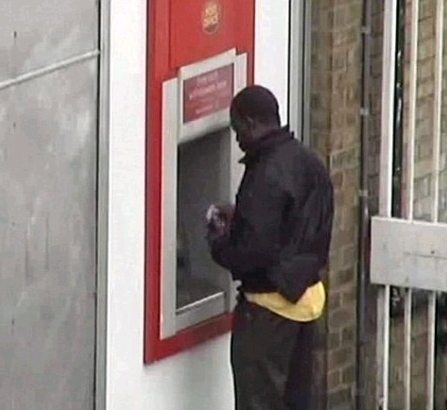 Adeola Thomas withdrawing fraudulent claims at an ATM before his arrest 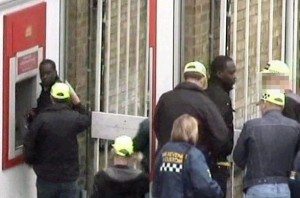 Thomas been sentenced to 7 years in Jail while his wife Abiola gets 2.5 years.

What a shameful legacy.