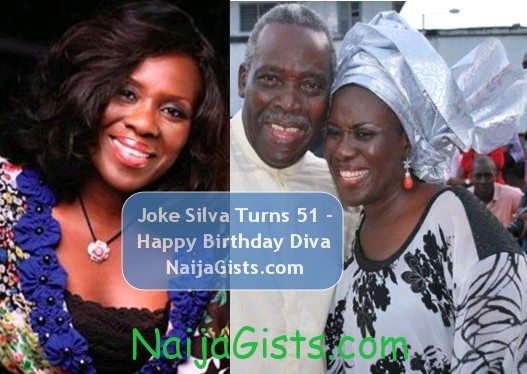 Joke Silva was born in Lagos on the 29th of September 1961 into a family of four children.

She studied English at Unilag before relocating to England where she studied Drama at Webber Douglas Academy of Dramatic Art in London.

The beautiful Nollywood actress is happily married to Olu Jacobs and the couple have two children.

I’m Disappointed Because Men Are Not Asking Me Out, They’re Afraid Of Me – BBA Karen Igho Laments
Nigerian Couple Jailed In UK Over £3.8m Tax Benefits Claims Fraud Using 1,400 Identities