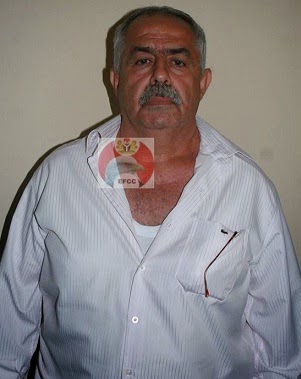 “The Economic and Financial Crimes Commission (EFCC) today October 15, 2014 arraigned one Husein Tahir and his company Kamisa Nigeria Limited before Justice Farouq Lawal of the Kano State High Court on a 6-count charge bordering on criminal misappropriation and issuance of dud cheque.

The accused allegedly received the sum of N22, 650,000 from the petitioner, for the execution of a contract with the Nigerian Customs Service but after the contract was concluded and money paid, he fraudulently converted the money to his use.

The accused person later issued the complainant five diamond bank cheques to the tune of N32, 650,000. The cheques were returned unpaid on presentation due to insufficient funds in the account.

One of the charge reads, “that you Husein Tahir and Kamisa Nigeria Limited sometime in 2009 at Kano within the jurisdiction of the High Court of Kano State, while being entrusted with the sum of N22, 650,000 (Twenty Two Million Six Hundred and Fifty Thousand Naira Only) by HDF and Sons Nigeria Limited, dishonestly converted the said sum to your personal use thereby committed an offence contrary to section 308 of the Penal Code and punishable under section 309 of the same Code”.

The accused person pleaded not guilty when the charges were read to him.

Justice Lawal granted the accused bail in the sum N1, 000,000 (One Million Naira only) and one surety in like sum. The surety must be a public servant of not less than grade level 14 with a landed property within the jurisdiction. Also the accused shall deposit his international passport to the court.

The case was adjourned to November 19, 2014 for commencement of trial.”

[Official PR submitted By The EFCC]