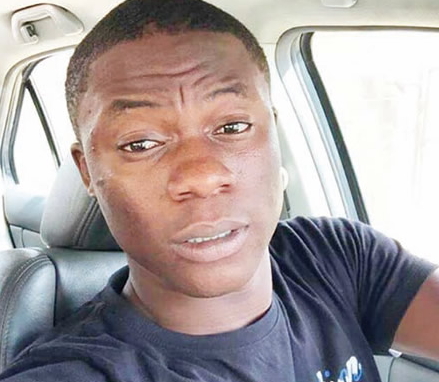 According to Metro Plus, Protesting youths at Sobo bus stop, Akowonjo, Lagos State, went on the rampage on Thursday after a mobile policeman shot dead a 23-year-old man, identified only as Niyi, aka Para.

As some operatives reportedly whisked away the killer cop in a van, the protesters resorted to violence, vandalising a hotel, shops and vehicles parked by the roadside in the area.

We learnt that the policeman was one of the security officers attached to the hotel – Erico Bellisima Hotels – which is located some distance away from the bus stop.

A version of the story said Niyi had been at loggerheads with a friend, identified only as Santo, over a sum of N5.2m Niyi sent to him in tranches for safekeeping while he was in South Africa.

Our correspondent gathered that the deceased who was deported from South Africa last week  storm the hotel to reclaim the money after he was told that Santo converted it to personal use.

Another account stated that the money was Niyi’s share of an undisclosed deal carried out by Santo on his behalf.

After failed attempts to get the sum from Santo, he was said to have reported the case to policemen at a division in the neighbourhood.

The policemen reportedly told him to alert them once he sighted Santo in the hotel, where he always stayed.

Around 7am on Thursday, Niyi and his friends reportedly visited the hotel to verify if he was there.

A resident of the area, Segun Ajayi, said Niyi was into an undisclosed Internet business, through which he realised the money.

He said, “Niyi had not been in the country for a while. He just returned last week. While he was in South Africa, he did a job and told his friend, Santo, to help him pick up some money which was about N5.2m. He told him to keep the money. But before he came back, Santo had started spending it

“He lodged at Erico Bellisima Hotels. Niyi had been going to check him at the hotel, but the receptionist insisted Santo was not there. He and his friends went there this morning (Thursday) and confirmed Santo was there.

Niyi called operatives of the Special Anti-Robbery Squad. They said they were on their way and that he should ensure Santo did not leave the premises.

“Santo sent a worker to check if Niyi and his friends were still around. They beat the worker. A policeman securing the hotel came in and instead of asking what happened, he started shooting. He chased the men and shot Niyi in the leg; the man fell. As he was struggling to stand, he shot him in the back at a close range and he died on the spot. The policeman knew Niyi very well; he was probably aware of the N5.2m deal.”

An eyewitness, Demola Adekanbi, said, “I stayed around the hotel. I heard gunshots around 7am and ran outside. I went to the hotel to know what was happening. I found out that it was a mobile policeman at the hotel that shot a man dead. When other security men in the hotel observed that the situation was becoming riotous, they called for reinforcement.

When other policemen came around, they used tear gas to stop people from further damage of the hotel.”

A friend of the deceased, Prince Okereke, said apart from the N5m issue, Santo had reportedly hacked into Niyi’s Facebook account and used it to defraud unsuspecting members of the public.

He added that the deceased’s girlfriend was just delivered of a baby.

He said, “We lived together on Ponle Street, Akowonjo. Santo hacked into Niyi’s Facebook account and requested money from some people.

“He gave them a bank account which they paid money into. When Niyi woke up this morning (Thursday), he told me he was going to the hotel to see Santo about the fraud and the N5.2m deal.

“I was still sleeping when some people came to tell me that he had been shot dead.

We are demanding justice; such a thing cannot happen and we will keep quiet.”