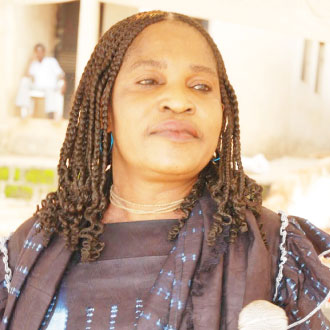 Samba Queen, Stella Monye, has come a long way. She has indeed seen and done it all. But one thing is tugging at her heart, giving her sleepless nights and threatening the peace of her household.

According to Stella, the huge medical bill is like an albatross hanging around her neck. Consequently, she’s appealing to Good Samaritans to come to her aid and save her embattled son. “No amount of money is worth a child’s life,” she pleads.

In this interview, the artiste whose hit track, Oko Mi Ye was a sort of national anthem in the ‘90s, opens up on her son’s medical odyssey, her pains, travails and hopes amidst despondency.

What Happened To Ibrahim

I was neck deep in the preparation for “Nigeria 99” project in Abuja when the news came to me that my son, Ibrahim had fallen off from the top of a water tank and landed on a sharp rusted iron, which severely damaged his urethra. In fact, I was on my way together with other artistes to present the theme song to the then Head of State, General Abdusalam Abubakar at the Aso Rock Villa when my phone rang and the sad news was broken to me.

I thought it was a minor accident so, I advised that they take him to any nearest hospital. But that was the beginning of the drama. 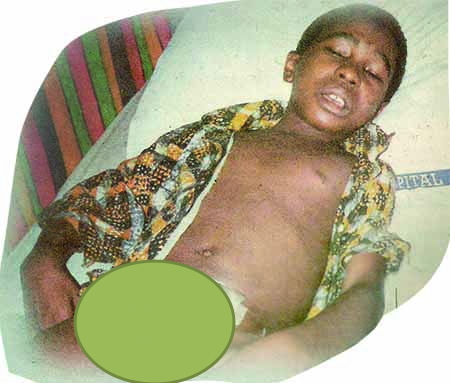 Thinking it was a minor accident; I proceeded on tour of the country with the theme song, under the leadership of the late Christy Essien Igbokwe who was then the President of the Performing Musicians Association of Nigeria (PMAN). I came back from the tour only to discover that the first operation had been carried out at the General Hospital, Ikeja, which at that time was in a deplorable condition. So, Christy Igbokwe advised that we should take him to Holy Trinity Hospital, Ikeja owned by her friend, who also owned Chrisland Primary School that my son attended.

The doctors at Holy Trinity Hospital performed two major but unsuccessful operations on Ibrahim. This prompted me to open up to the Medical Director of the hospital who told me that I could go to India or partronise another professional Urologist based in Opebi, Ikeja.

At this point, I was overwhelmed and I cried out to Nigerians. I teamed up with my colleagues like K1 De Ultimate, Daddy Showkey, Orits Wiliki, Pasuma Wonder, Onyeka Onwenu and Lagbaja, and together we walked the streets of Lagos, creating awareness about my son’s condition, most especially, on television. Nigerians responded but some fraudsters, who pretended to be assisting us to raise funds, hijacked the exercise. So, I instructed that the campaign should stop, but then I was more concerned about my son’s predicament and so we forged ahead.

Many more unsuccessful operations followed at Urology Centre, Opebi, Lagos. This made me to withdraw tactically and re-strategize. Later, with some help and recommendations, we headed for Medanta Global Hospital, Gorgon Haryana, New Delhi, India where we recorded another failed surgery. On arrival in Lagos, I phoned Dr Guptar and lamented to him. He asked us to come back to India, but at this point, I was almost giving up.

Out of desperation, I spoke to some people in Lagos and other parts of Nigeria. I also went to Abuja to meet Senator Oluremi Tinubu who said I should take Ibrahim to LASUTH. She equally advised me to approach the government of the day for assistance. I took her advice; I approached the then Lagos State government for help but to no avail. I also spoke to other people but eventually I took Ibrahim to LASUTH and later Federal Staff Hospital, Abuja. The Consultant Urologists at both hospitals examined and referred him to Germany and also United States of America for further treatment.

I contacted Dr Michael Straub, Medical Director, Rechts Der Isar Medical Centre, Munich, Germany and I was referred to Dr Gomih, Medical Director, Urology Centre, Indiana, USA, because I was told he had just handled a similar case. I contacted both doctors and they asked me to do some tests, which I did and sent to them. However, I was shocked when they gave me a bill of $35,000. I appealed to Dr Gomih for sympathy but he said there was nothing he could do because complications had set in. Yes, indeed, my son had suffered some setbacks with some of his vital organs like the left kidney, bladder and urethra severely damaged after returning from India.

Urgently now, we need about $50,000 US Dollars for Ibrahim’s surgery. I know the money is much or seems much but no amount of money is worth any child’s life. However, I am grateful to Governor Akinwunmi Ambode of Lagos State who has been sustaining my son’s life pending when we are able to go for his surgery.

For the Good Samaritans willing to assist, here are my account details: Stella Monye, First Bank account no: 2021451638

Nigerian Deported From South Africa Shot Dead By Police Over N5.2Million Yahoo Plus Deal
Stephanie Otobo: I’m Writing A Book On My Sexual Affairs With Apostle Suleman, God Has Exposed Him