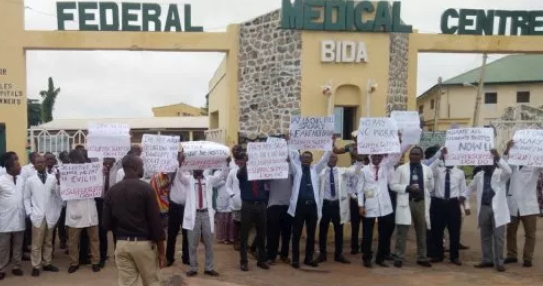 The Nation – A medical doctor working at FMC (The Federal Medical Center) in Bida Niger state has been arrested after he repeatedly rapes 16-year-old daughter of his patient until she died after childbirth.

The doctor simply identified as  Dr Seyi was said to have repeatedly raped the 16-year-old Fatima Yusuf while the latter was taking care of her mother while she was on admission in the hospital for a severe case of diabetes.

A family source, who spoke with our correspondent, quoted Fatima as telling the family that it all began on a day the doctor invited her to his room while her mother was asleep. The doctor, the source said, pretended that he was trying to advise Fatima only to seize the opportunity to forcibly have carnal knowledge of her. The secret act, she said, continued until Fatima’s mother was discharged from the hospital. 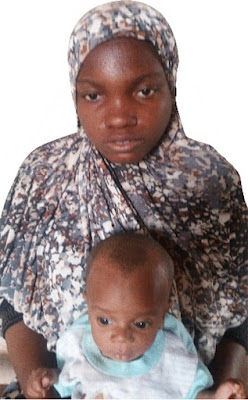 The victim before she died.

The family source, who pleaded not to be named because she was not qualified to speak for the family, said that when other family members discovered that Fatima was pregnant, they asked her who the father of the baby was and she fingered the said doctor, who vehemently denied having any sexual relationship with her.

The case, however, became so serious that the Emir of Bida, Alhaji Abubakar Yahaya, had to intervene in it. The accused doctor, in the course of interrogation at the Emir’s palace, was said to have admitted that he only hugged Fatima and rubbed his body against hers, but did not have any sexual intercourse with her. The deceased girl, on the other hand, was said to have stood by her word that the doctor forcibly slept with her, and the act resulted in her pregnancy.

The situation was said to have caused the Emir to order that a paternity test be conducted on the pregnancy. But while the Federal Medical Centre complied with the directive, it has been reluctant to release the result of the test, a situation that led to the decision to conduct another paternity test in a hospital outside the state.

Unfortunately, while this was going on, Fatima died on Monday some time after she was delivered of a baby boy at the family house in Bida.

Alarmed by the development, the Niger State Child Rights Agency was said to have taken over the case. The Director General of the agency, Barrister Mariam Kolo, who confirmed to our correspondent that the agency had taken up the case, said the agency’s attention was drawn to it because the victim was underage and because it was suspected that the management of the hospital was trying to cover up for the accused doctor.

Kolo said that while Fatima might have died, the agency would go ahead with the case and see to its logical conclusion. If Dr. Seyi is found guilty, she said, he will not escape the wrath of the law.

“Even in the worst case scenario, a naive and underage girl like that cannot just accuse someone who is higher than her wrongly. If the man did not have carnal knowledge of her, she would not accuse him falsely. Why did she not accuse another doctor in the hospital? She even knew his office and how it looked like. Why did she stick to her story till she died in spite of pressures from all quarters?

Kolo said the Federal Medical Centre, Bida, was trying to cover up the case, adding that the doctor was hiding under the guise that the result of the DNA test was not yet out and that he would not say anything until the test’s result was released.

Fatima, according to Kolo, died from intense depression because of the horrendous act the doctor committed against her.

“Although no autopsy was done, it was clear that she died out of intense depression,”.

“Look at this: her mother is ill, a man raped and impregnated her and denied it, and they do not have money to feed. He put her under intense depression. It is one of the factors that led to her death. He contributed to her psychological state of mind.” determined to rid the state of predators who prey on innocent victims and molest them. “This is a very sensitive matter. If medical doctors are now harassing children, it leaves one to wonder if our children are safe. ”

When contacted, the management of the Federal Medical Centre, Bida, acknowledged that a case of alleged sexual harassment was filed against one of its doctors, adding that the hospital was not covering up anybody.

The hospital’s Head of Communication, Musa Ladan, who spoke with our correspondent, said that a high powered committee had been set up by the management of the hospital to investigate the allegation.