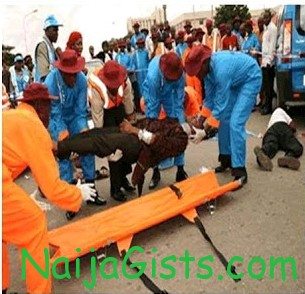 According to officials of Federal Road Safety Commission, FRSC, the medical doctor’s body has been transferred to LAUTECH teaching hospital’s mortuary in Osogbo.

As at the time of this report, none of his family members have come forward to claim his corpse.

The man died after his car somersaulted severally on the aforementioned road.