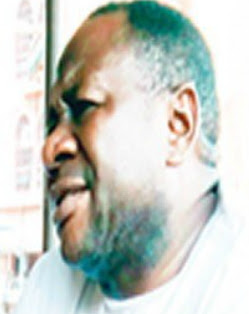 An MD in Enugu has landed in trouble after he allegedly detained a nursing mother and her baby against their wish at a private hospital in Abakpa LGA of Enugu.

The suspect, Dr Okafor Ikechukwu was accused of detaining a nursing mother identified as Chiamaka Ogobodo and her son Kosiso after she put to bed at Divine Grace Hospital in April 2016.

He reportedly released them on the 8th of July 2017 after she finished paying her hospital bill.

Dr Okafor who also worked at UNTH was charged of depriving Chiamaka and her baby right to freedom and locking them up against their will.

He pleaded not guilty to the charges yesterday and was granted bail in the sum of N100,000.

Dr Okafor was also accused of raping the nursing mother at the hospital located at #10 Nsude Street in Garki Awkunanaw area of Enugu.

Yul Edochie Not Running For Anambra Governorship Post.Actor Promotes New Movie With Election Poster
See What Police Did To Robbery Victim Who Dialed 911 For Help