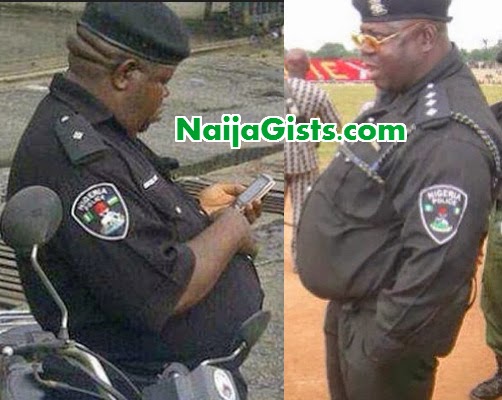 July 15, 2017 – Nigerian Who Called 911 During Robbery Attack Accused Police Of Making Fun Of Him

See how a Twitter user narrated what he went through on the day he called police (using 911 emergency access number) to rescue him from the hands of some robbers.

The user @collinsbankz said the police dispatch team promises to send in help but never did.

He added that he placed a call to the nearest police station but the officer who picked his call promises to get back to him but switched off the phone. 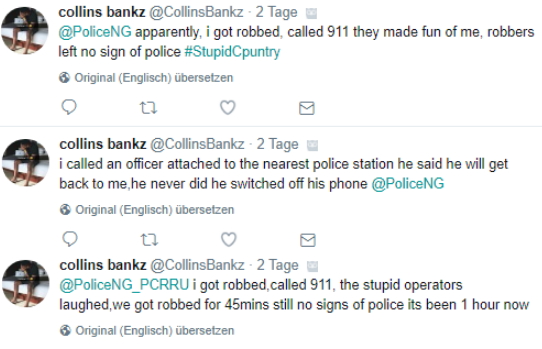 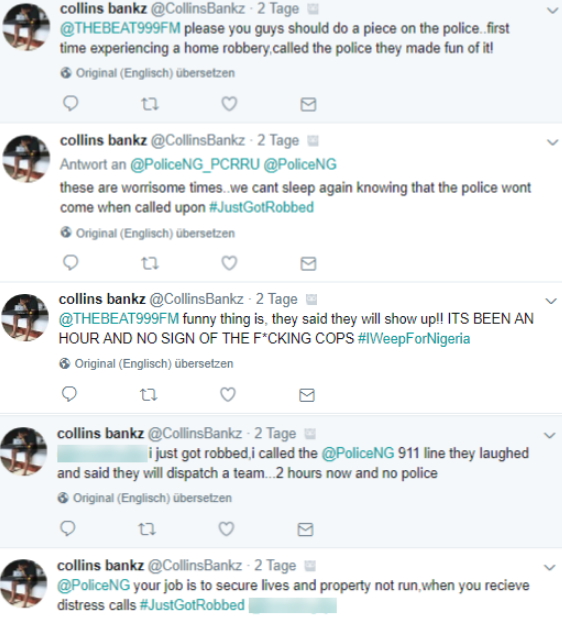