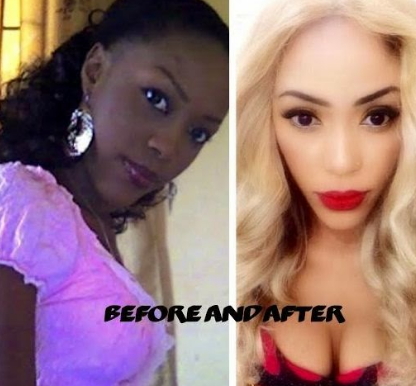 UK-based consultant physician on Family Health, Dr. Chukwudi Ukpaka has raised awareness on the causes of kidney disease and blindness.

Speaking on the rising cases of kidney failures, Ukpaka warned against use of bleaching creams saying:

“It contains mercury and other heavy metals that enter the body through the skin, seep into the bloodstream and travels to the kidney and does not go out through urine.

After a period of time, they accumulate and break down the kidney. A lot of people who require dialysis were caused by their use of bleaching creams.” He also noted that prolonged use of gentamycin causes deafness and kidney failure for people whose kidneys are not very strong, saying the symptoms may take up to one or two year to show.

Ukpaka averred that fibroid cases no longer require surgery due to the risk of bleeding and infections. Rather he said there is a new drug that shrinks it till it becomes small and falls off, but he was quick to add that it costs about N200, 000 and doctors know the drug.

He warned against the use of Chloroquine, which according to him has been banned and criminalised in some countries, because it causes blindness which may take up to five years after use to manifest.

Sunday Inspiration: Beware Of Fear & Panic, It Causes People To Make Wrong Decisions
If You Kill A Python Snake In Anambra State, Someone Will Die – Traditional Chief Warns