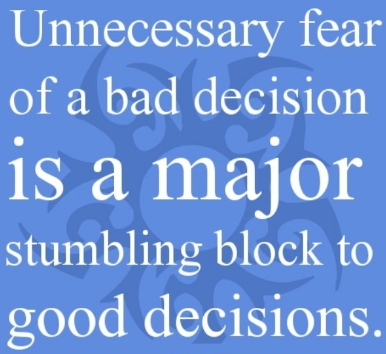 By the authority of He that is in you, you shall not only be victorious, you shall reign. In other words, Christ shall reign through you until all enemies are brought under his footstool. By this spiritual position also, the Bible says you are the temple of God: “know ye not that you are the temple of God and that the spirit of God dwells in you,” – 1 Corinthians 3: 16.

Another verse says: “Know ye not that your body is the temple of the Holy Spirit, which is in you, which ye have of God; and ye are not your own,” 1Corinthians 6:19. Just open your heart to God through his word and to the Holy Spirit you shall as well become and a mighty weapon in the hands of God.

No wonder why the word of God declares: “Thou art my battle axe ad weapon of warfare for with thee will I break in pieces the nations with thee will I destroy kingdoms,” Jeremiah 51:20. Of truth, one with God is majority. When you have him in you, you are like a war general with millions of soldiers fully armed with sophisticated weapons. This because the Christ in the inside manifest on the outside from time to time.

That is why St. Paul asked: “What shall we say then to these things? If God be for us who can be against us,” Roman 8:3. It was on these spiritual grounds that Elisha stood undauntedly against adversaries of Syria who surrounded his house, one early morning, in their tens of thousands.

In the book of 2Kings 6:12-18, the Syrians were determined to eliminate Elisha who at that time was residing in Dothan; because he was revealing the secrets of the Syrian army to the King of Israel through the gift of the word of knowledge.

When these enemies gathered around Elisha’s house, Gehazi the servant of the man of God at once became afraid and intimidated.

He was feting, fidgeting and panicking and running from pillar post like a square peg in a round hole. Gehazi peeped through the window and was emotionally shattered when he saw that armed Syrians soldiers were all over and surrounded the house.

He had an emotional outburst and he cried out:

“Alas Master, what shall we do? In Gehazi’s eyes the situation spelt doom. To him, they were finished. Just like Gehazi, many Christians out of fear, panic over little issues. This is not the expectation as Romans 8:15 says: “You have not received the spirit of bondage again to fear, but the spirit of adoption whereby we cry Abba father.”

A Shakespearean adage has it that it takes the eyes of a child to fear a painted devil. When Elisha saw how emotionally shattered his servant was; he was not moved because he knew himself and the God he served.

The first things he said servant was:

“Fear not; for they that be with us are more than they that be with them,” – 2Kings 6:16. Elisha prayed Oh Lord open the eyes of this young boy that he may see. Indeed, spiritual blindness is the problem of many believers in our world today.

They fear, panic and take wrong conclusions and are even ready to kill themselves before the time, all because are ignorant and spiritually blind not really knowing who is in them and with them. When Elisha finished praying, the Bible records that his eyes opened and he saw something wonderful.

The young man beheld that the mountains were full of horses and chariots of fire round about Elisha. His fear disappeared and he stopped panicking.