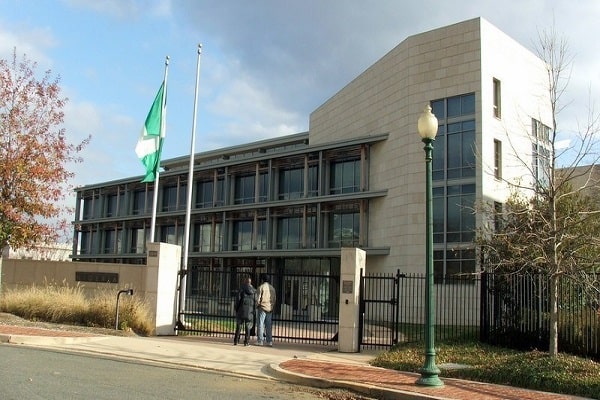 The chairman of Italy Chapter of Nigerians in Diaspora Organization Europe has revealed that over 1.5million Nigerian citizens are currently in dare need of their passport in Italy.

Mr George Omo-Iduhon revealed this in an interview with the News Agency of Nigeria (NAN) in Lagos on Saturday while reflecting on the activities of NIDOE in Europe.

NAN reports that NIDOE is the European arm of a global Nigerian diaspora network, established in the year 2000 by former President Olusegun Obasanjo.

NIDOE has its headquarters in London, where it serves 21 regional chapters.

Omo-Iduhon said that out of about three million Nigerians registered in Italy, 1.5 million of them needed passports, which had prevented them from returning home or getting jobs.

“One of the problems we are facing as Nigerians living in Italy is an acute shortage of Nigerian passports. Most times, we go to the embassy to address the problem.

“What we normally get as a response is the shortage of booklets and backlogs. The government should help to address this problem because Italy serves as the gateway to other countries in Europe, especially Nigerians.

“Most Nigerians prefer to have their political asylum in Italy. In Italy, we have more Nigerians than we have in other European countries; the registered Nigerians according to the database are three million aside from the undocumented ones.

“About 1.5 million Nigerians in Italy don’t have passports, even some of those that have been accepted by the Italian government has not been issued passports which makes it difficult for them to work,” he said.

The chairman said that the supply of 500 booklets of passports to the Nigerian embassy in Italy was grossly inadequate to serve the number of the citizens that needed it.

“The number of booklets allocated to the embassy in Italy, which is 500 is insignificant to the number of applicants; even giving Italy 20,000 booklets in a month may not go round.”