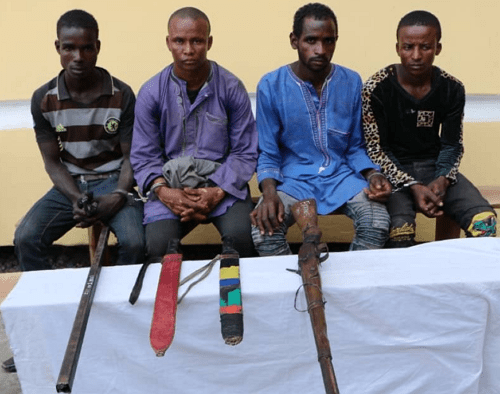 New data released by Nigeria’s National Bureau of Statistics on December 15, 2021, show that prices of food commodities are increasing geometrically. This may not be unconnected with rising insecurity, including herder-farmer’s hostilities reported in the North Central region of the country, known for its large production of food commodities.

The farmers who spoke with this reporter noted that hunger and starvation is looming over region and the country at large because of the herder-farmer crisis.

“When you talk about food production, mark my words, there will be hunger next year because of these attacks.

“Fear of being attacked on the farms and the shortage of rainfall this year have led to drastic reduction in food production.

“So, unless the government takes steps in addressing this, no doubt, the hunger next year will increase by 70 per cent,” Odey opined.

Dalobo’s argument too is similar to Odey’s thoughts. “These attacks will end up putting Nigerians in hunger, because in my community, we produce a lot, but this year, there was little harvested.

“This would make food scarce in the country because we no longer supply farm produce to other parts of the country, unlike before,” he said.

“The clashes between herders and farmers have affected food production because Nasarawa is one of the states that produce food in large scale in the country.

“Benue is often described as the food basket of the nation, but I will tell you that Benue owns the foods. So, if anything is affecting Nasarawa, Benue and Plateau states, then we don’t need to be told that there will be problems in terms of food production in Nigeria and there is going to be hunger in the land.”

Both Nasarawa and Plateau state governments also acknowledged that the crisis have impacted food production in the states negatively.

Alhaji Nuhu Usman Bunu, the Permanent Secretary of Nasarawa State Ministry of Agriculture, said the quantum of farm produce grown across the state had reduced drastically.

“In the North-Central states, the attacks have affected food production, especially during planting and harvesting. The price of food is very high now because of this.

According to Hosea Finangwai, the Commissioner of Agriculture in Plateau State, farmers are afraid and are abandoning their lands.

“Farmlands are being abandoned and not utilized for farming. It is affecting farming activities, increasing the cost of food and discouraging the youths from going into agriculture,” he lamented.