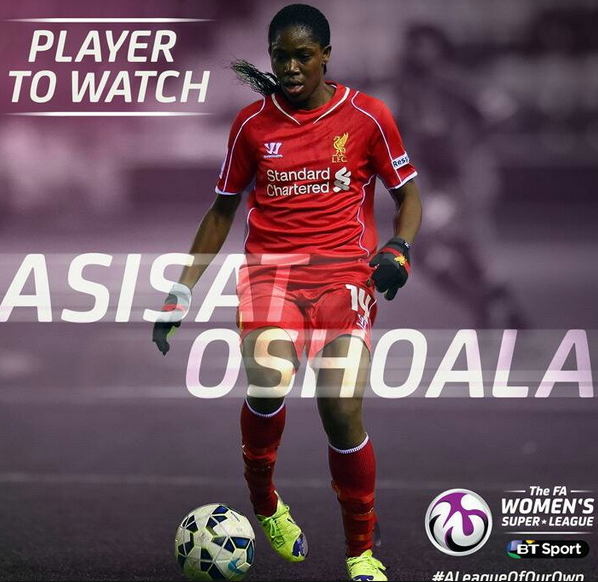 Nigerian athlete, Asisat Oshoala made Nigeria proud yesterday after Liverpool ladies defeated Arsenal with 3-1 in the Women’s Super League One on Sunday.

Liverpool are now fifth on the table with nine points while Arsenal are now five points behind leaders Chelsea after the Blues won 4-1 at home to Bristol Academy.