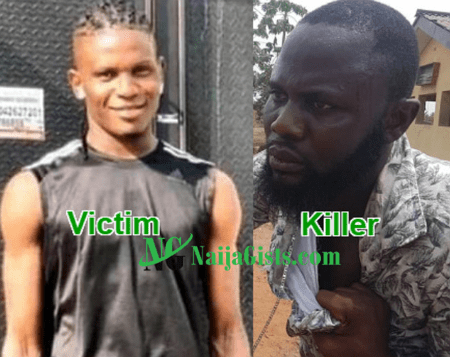 The family said that the Ogun Government should ensure that the killers of the deceased were brought to book.

It also refuted the preliminary reports on the alleged killing released by the Nigeria Police Force (NPF).

The News Agency of Nigeria (NAN) reports that Tiyamiyu was allegedly killed on Saturday by a policeman (SARS) attached to the Ogun Command.

The family spokesman said that the denial by the NPF was false, adding that it was only meant to exonerate the policeman alleged to have committed the offence.

The spokesman said, “This story is not only false, but concocted lies and a foundation for the normal conspiracy theory used in exonerating erring police officers at best to be suspended or dismissed, but never to face the full wrath of the law.

“Without further ado, let’s set the records straight and reject in his entirety this falsehood circulating within our media space painting a good citizen of this country as a villain rather than a hero, even to his grave.

“Tiyamiyu Kazeem is a professional footballer currently signed to Remo Stars in Sagamu and on this faithful day he was in a shop buying groceries when some SARS officers grabbed him and pushed him into their Sienna bus.

“One member of the SARS team drove Tiyamiyu’s car with Tiyamiyu’s fellow colleague signed to the same club by his side and they proceeded straight to Abeokuta.”

Ganiyu Tiyamiyu said that the SARS operatives stopped the vehicle transporting them and the two people arrested.

“And the deceased was questioning the SARS officers on the reason for his illegal arrest.

“He was pushed down from the car and got hit instantly by a vehicle and somersaulted to the other side of the road.

“Immediately after the accident, he was still breathing and was rushed to a hospital at Obafemi Owode before he was moved to another hospital in Ipara.

“This was contrary to the advice and protest by his team mate that Kaka should be taken straight to the Olabisi Onabanjo Teaching Hospital for proper treatment.

“While on their way to the hospital at Ipara, the Sienna bus used for the illegal operation absconded and while at the hospital, Kaka finally gave up the ghost,” he said.

Ganiyu Tiyamiyu said that the SARS operative that allegedly committed the crime attempted to escape.

The spokesman said that he was apprehended by some of the hospital’s staff and handed over to the police.

“Further to this, there are a lot of questions begging for answers on the mode and procedure of the arrest that will be addressed in the course of trial.’’

The family in the statement also described Kaka’s murder as a premeditated murder of a young, promising and rising star by some lawless and reckless SARS officers.

It added that such officers had been parading and acting with impunity all over the country.

“It is obvious that the lack of diligent prosecution of similar cases all over the country keeps encouraging some of the SARS operatives to continue this series of illegal operations.

“Such have been claiming the lives of innocent citizens without any form of deterrent whatsoever.

“This is another case begging and crying for justice and we hereby demand the immediate investigations and diligent prosecution of this case,” he said.

Similarly, the Media Manager, RSFC, Oladimeji Oshode, said that an eyewitness account of the incident indicted the SARS operatives.

“An eyewitness account claimed that the SARS officers stopped the footballer to label him a `Yahoo’ Boy and they insisted on taking him to the nearby police station.

“ The footballer brought out his identity (ID) card to identify himself as a player of Remo Stars FC, but the officer insisted on taking him to the nearest police station in Sagamu.

“Tiyamiyu and Sanni obliged, followed the SARS officers, only for them to notice that they were driving toward the Sagamu-Abeokuta Expressway.

“The guys questioned to know where the SARS officers were taking them to.

“This prompted them to stop the car and push him (Tiyamiyu) out of the car, whereby an unknowing vehicle knocked him down.

“He was immediately rushed to Fakoya Hospital in Sagamu, where it was confirmed that Tiyamiyu Kazeem was dead,”Oladimeji said in a statement.

Meanwhile, the Ogun Police Command through its Police Public Relations Officer (PPRO), DSP Abimbola Oyeyemi, said that the deceased jumped out of a moving vehicle after which he was crushed to death by a coming car.

The command in the statement said that the unfortunate incident happened in Sagamu on Feb. 22, and that it led to the unfortunate death of a young man, whom it simply identified as “Kaka”.

The spokesman said that a police inspector attached to the Zonal Intervention Squad, Obada Oko in Abeokuta, said he received information about the deceased.

The spokesman quoted the police inspector to have alleged that the deceased was always wearing military apparels knowing full well that he was not military personnel.

“Based on the information, the inspector went to Sagamu and saw the deceased putting on a military cap consequent upon which he got him arrested.

“On the way to Abeokuta, the vehicle they were traveling inside developed a mechanical fault,” the statement said.

It added that the arrested person jumped down from the vehicle to escape.

It said that in an effort to run across the road, an oncoming vehicle which was on speed knocked him down and he died on the spot.

The statement said that the Ogun State Commissioner of Police had ordered the immediate arrest of the officer for his unprofessional act of leaving an arrested person alone in the vehicle.

The spokesman also said that a full scale investigation into the case had commenced by the State Criminal Investigation and Intelligence Department.

The statement added that the command had assured the public that proper investigation would be conducted into the case.

The command in the statement also appealed to the public to go about their normal routines.