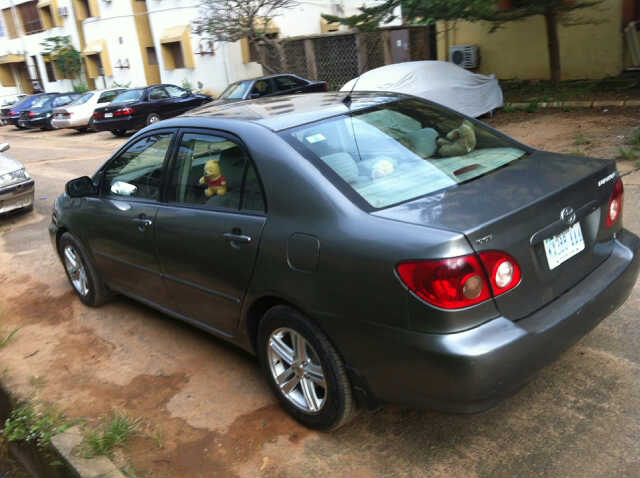 Nigerians motorists and used car dealers have condemned the Federal Government’s ban on the importation of fairly used cars, popularly known as tokunbo cars, into the country, saying it is a policy that would not work.

While some said it would end up improving the economy of neighbouring Benin Republic and fatten the pockets of customs officials as a result of illegal importation, others wondered how the government could just decide on policies without taking into consideration the poor standard of living of the people.

The Federal Executive Council, FEC, had on Wednesday approved the Automotive Industry Development Plan for the development of the nation’s automotive industry and according to the Minister of Information, Mr Labaran Maku, the plan was expected to attract investment to the sector and transform the automotive industry to realise its potential as a major driver of economic growth.

It is believed that this new policy would sound the death knell for the importation of fairly used vehicles into the country.

But to a car dealer, Eddy Okorie, the Chief Executive Officer of Eddyson Dealership Ltd, in his reaction, said the government should have put in place alternatives before even announcing the policy.

“In a country where we cannot manufacture even an ordinary tyre currently, you are talking about an auto assembly plant. Even if you want to, why don’t you set up the plant first and see how it works before gradually phasing out tokunbo cars? How many Nigerians can even afford new cars?

“If the President thinks he can ban tokunbo cars so that he and others can be the only few to own cars, that is not possible,” he said.

Okorie advised that the government must immediately think about reversing the policy in the interest of the country, adding that he was sure the government wanted to cause more confusion so as to shift the attention of Nigerians away from its failure.

“It is not possible. Let us watch out,” he declared.

A member of the Lagos State House of Assembly, Mufutau Egberongbe, said the decision was further evidence of the maladministration of the President Goodluck Jonathan government and the ineptitude of his advisers.

“In a country where the government has failed to provide mass transit scheme, cheap rail and water transportation, the people would create alternatives for themselves and this is why they get the tokunbo cars that are even not for the masses.

“A very good tokunbo car costs at least a million naira. How many Nigerians can afford that? Even if the government has promised the establishment of assembly plants, has it considered the environment? Can such a plant be established without power?” he asked, describing the idea as unreasonable.

He said any good government would allow the assembly plants to thrive while allowing for the importation of cars as part of the free market policy which the government had often preached about.

Aturu said the government was groping in the dark concerning its focus. He wondered why the government could think that it could effectively establish assembly plants during the lifespan of the present administration.

“Everyone knows that no such plant is possible in this administration, especially where the government is even owing states allocations.

“If you are going to ask people to come and invest in the automobile industry, what is your environment like? This whole thing sounds like a joke.

“To me, the Federal Executive Council just thought it won’t be nice to come out and tell Nigerians they have not been working. So they decided on the policy and announced their plan for assembly plants when they know they cannot provide even one,” he said.

Another lawyer, Azeez Olagoke, said it was unreasonable of the government to think in that direction.

“Where’s the environment for that?” he asked, saying he expected the government to set a target of up to 10 years for the completion of the assembly plants before thinking of phasing out tokunbo cars, and that there should be an assurance that the locally manufactured cars are affordable.

“It is a policy that died before it was conceived and the government must urgently reverse it,” he said.

Rights activist, Biodun Sowunmi, said it was unfortunate that the government enacts policies before considering the people for whom such policies are made.

He also said the decision would create mega dealers and further concentrate wealth in the hands of a very few Nigerians.

“There is no country where tokunbo cars are banned. You can only regulate the age of the cars to be imported. The government must also allow the principle of free trade.

“Create industries for new cars and allow tokunbo cars, then the people can choose,” he added.

The President of the Arewa Youth Consultative Forum, Shettima Yerima, said such a ban cannot be enforced anywhere in the world. Therefore, it cannot work in Nigeria.

“If those in government can afford new cars, how many other Nigerians can? Why do these people formulate policies without consideration for the people they are to serve?

“The government can go ahead with assembly plants and allow for the importation of cars so that people can make their choices.

“We are not slaves and you can’t therefore just coerce us into accepting your products,” he said.

Ipoola Omisore, a member of the Lagos State House of Assembly, said the government was yet to recover from its fumbling and wobbling.

He recalled that through government’s policies the country no longer has a middle class.

“I wonder why the government is banning importation of tokunbo cars in situations where people like me cannot afford a new one except for government’s provision of an official car.

“I like President Jonathan because he is very quick at taking decisions only to end up reversing them with little protests from the people.

“I will just ask Nigerians not to worry because it would soon be reversed since their President is never a man of his words and never courageous,” he said.

Another member of the House, Bisi Yusuff, said though it was a nice idea, “all I can say is, instead of banning, he should have done it in stages.

“He should first establish the plants, let them work effectively before considering banning importation of tokunbo cars.”