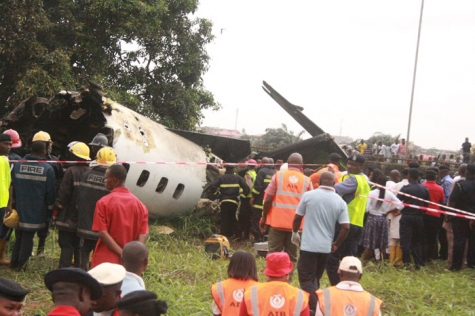 Contrary to the early reports from FAAN that stated that the only son of late Olusegun Agagu, Feyi died in the tragic plane crash that happened in Ikeja Lagos this morning, we’ve now confirmed that Feyi is infact alive.

The ONLY son of the late ex-Ondo State, Dr. Olusegun Agagu, Feyi, survived the Associated Airlines plane crash in Lagos.

Feyi Agagu reportedly sustained non-life threatening injuries in the crash that left 17 passengers on board dead.

He was however among the survivors that had been taken to the Lagos State University Teaching Hospital (LASUTH) for medical attention.

A member of Olusegun Obasanjo’s  family  whose name could not be ascertained as at the time of filing this report was said to have died  in the crash.

The body of the  late former Governor of Ondo State, Dr. Olusegun Agagu, has been recovered from the wreckage of the Associated Airlines plane that crashed in Lagos.

We learnt that rescue operation on the ill-dated plane has ended. 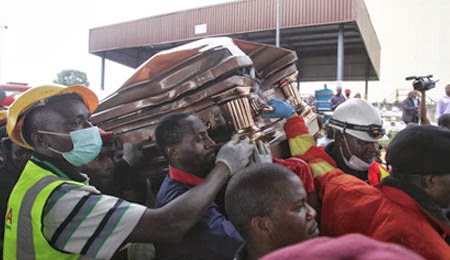 The recovered corpse of the late governor had been taken to Airforce base in Ikeja, Lagos.

May the souls of the dead rest in peace.